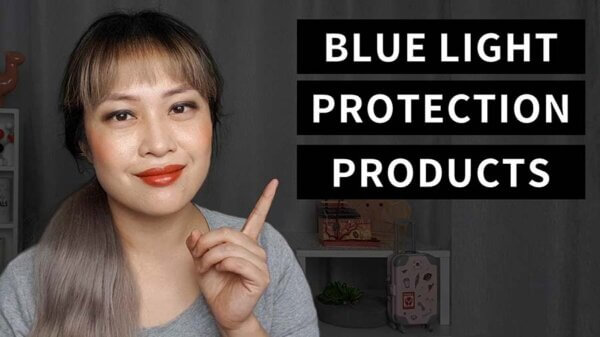 I’ve talked about visible light and blue light, and their effects on pigmentation in lots of detail before. There’s been more studies done since then – fortunately my conclusions are still correct!

Related post: Will Blue Light from Computers and Phones Damage Your Skin?

So this post will be an update on how to protect your skin against blue light – and you might be doing it already!

Here’s the video – keep scrolling for the written version.

How does blue light cause pigmentation?

This topic is still not very well researched, but it seems like it’s mostly to do with a photoreceptor (a protein in your skin that senses light) called opsin-3. Once opsin-3 is triggered by enough blue light, it sends a signal to the pigment-producing melanocytes in your skin to produce more pigment. It might also have something to do with oxidation and free radicals, but this seems to be less important.

Some studies have found that some antioxidants may be able to reduce pigment production after blue light exposure, but the focus is mostly on preventing that blue light from getting to your skin in the first place. Basically, it’s about making products that work like sunscreen, but for blue light.

Which products protect against visible light?

So which products will actually protect your skin against blue light?

Earlier research found that regular sunscreens actually aren’t that good at protecting against visible light. Even if you have a thick white layer of zinc oxide or titanium dioxide sunscreen, it still doesn’t work very well.

But some of the earlier studies found that tinted physical sunscreens gave pretty good protection. Physical or mineral sunscreens are the ones that contain zinc oxide and or titanium dioxide, while the tint is from iron oxides.

There are three iron oxides that are used to make products look skin-coloured, and they’re found in products like foundations and tinted sunscreens. They’re often listed as their colour index (CI) numbers:

They’re added in different amounts and different ratios to get the different shades of skin.

All three iron oxides absorb a bit of blue light, which is how they protect against it – hence the focus on tinted physical sunscreens.

At this point you might be a little bit confused, because if you’ve watched my videos before, you’ll know that physical and chemical sunscreens mostly work the same way. Both mostly absorb UV and turn it into a small amount of heat; a few ingredients (most commonly zinc oxide, titanium dioxide and Tinosorb M) also scatter and reflect a tiny bit – but that amount is really tiny.\

Related post: Chemical vs Physical Sunscreens: The Science (with video)

So why is everyone focusing on mineral and physical sunscreens?

Here’s where it gets a little bit complicated: it’s to do with titanium dioxide.

Titanium dioxide is one of the active ingredients in mineral sunscreens. It’s good at protecting against UV, but it also tends to be the ingredient that gives the worst white cast.

One way of getting rid of this white cast is by chopping up the titanium dioxide into smaller micronised or nanosized particles. This makes the titanium dioxide scatter and reflect a lot less visible light, so you get less of that white look. It also increases UV absorption, making it work better as a sunscreen filter. But on the flip side, it tends to make it worse at visible light protection.

But this scattering of visible light that’s so annoying in sunscreens is actually pretty useful for visible light protection. Scattering means that the path of the light gets changed. Instead of taking a straight line through the sunscreen film, it’ll bounce around in the film for a bit longer, takin a longer path. And if you have iron oxides in there as well, there’s a higher chance of the light hitting some iron oxide and getting absorbed before it gets to your skin.

So if you see a tinted sunscreen and it contains titanium dioxide, it doesn’t necessarily mean that it’s a physical sunscreen. If it has these larger particles of pigmentary titanium dioxide in it (which is the case with most tinted products), the titanium dioxide isn’t helping with the UV protecting, “sunscreen” role of the product, but rather the “tinted” part.

That means the “sunscreen” part isn’t actually that important in visible light protection – it’s the pigmentary titanium dioxide and iron oxides doing the heavy lifting. (Although sunscreen is still super important for protecting skin against UV though, which is more strongly linked to pigment and other changes in your skin than visible light is.)

What about chemical sunscreens?

Based on that, we’d expect tinted chemical sunscreens to protect against visible light as well – and yes, they do!

In a study from Brazil, the researchers looked at 41 different tinted sunscreens on the market. They measured how much blue-violet light went through a 2 mg/cm2 layer (the same standard thickness used for SPF measurements). They found that 26 of these sunscreens (almost two-thirds of them) blocked over 99.9% of the visible light. This included both chemical and physical sunscreens.

In the same study, they also tested three non-tinted sunscreens, and they found that they didn’t protect against visible light much at all.

Based on this mechanism, foundations also protect against visible light. In a couple of studies, it was actually foundation-like products with high coverage that gave better visible light protection than tinted sunscreens. This isn’t too surprising, since a more opaque product will have more pigmentary titanium dioxide and iron oxides.

Then why are so many of these visible light studies on tinted sunscreens, rather than on foundations?

I think it’s because a tinted sunscreen is way more practical for most people, who aren’t skin care and makeup enthusiasts.

A lot of people who are into skincare and makeup prefer using two separate specialised products – it means you have a lot more control over the final look. Tinted sunscreens only come in a few shades, so if your skin doesn’t match one of these popular colours, according to… someone in product development, then you’re not going to have a good colour match. It’s a lot easier to get the right shade if you use foundations, which tend to come in more colours.

There’s also the fact that SPF studies test the product at 2 milligrams per square centimetre. This is a pretty unrealistic amount for most tinted products – it can make you look like you’ve got face paint on! So if you’re only relying on a tinted sunscreen, and that tinted sunscreen has too much tint to apply the proper amount, then you’re going to have less UVA, UVB and visible light protection. But if you have a separate sunscreen as well – something that you can apply a lot of – then at least you’re not missing out on that UV protection.

But you can imagine how hard it would be for a dermatologist to convince someone who isn’t using either sunscreen or makeup to suddenly start using both. It’s much easier to convince them to start using a single product – and this is the direction that most companies seem to be heading in.

Hopefully the extra focus on tinted sunscreens means that they’ll start making more shades. And the fact that visible light affects people with darker skin more hopefully means that they’ll put more effort into making darker shades that actually match darker skin. This isn’t really something the beauty industry has been really good at so far, so I’m not sure how optimistic I should be…

In short, if you want to prevent pigment from the sun, your best bet is high UVA protection and a tinted product with heavy coverage. That can be a sunscreen and a separate concealer or foundation, or a tinted sunscreen that goes on well.

And like with UV, there are other ways to avoid visible light exposure aside from sunscreens – and if you combine these with sunscreens, it tends to work better. This includes staying in the shade during the middle of the day when it’s the sunniest, and using things like hats and clothing to protect your skin. 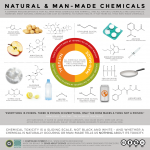 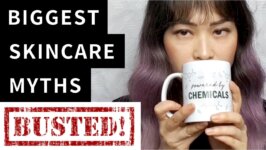 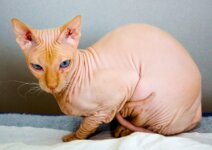 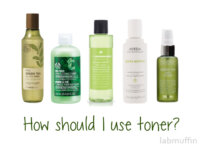 7 thoughts on “How to Protect Your Skin Against Blue Light: an Update (with video)”