Formaldehyde is listed as an ingredient in a number of beauty products (in particular, nail strengtheners and Brazilian Blowout-style hair treatments), and there’s been some controversy about whether or not it’s really in these products.

In particular, cosmetic chemist Doug Schoon has stated that formaldehyde in water readily reacts to form another chemical, methylene glycol. Most of the top search results on formaldehyde and beauty products, have quoted his original statements to support their assertion that there’s no formaldehyde in beauty products, and in fact, the lawyers from Brazilian Blowout used the methylene glycol argument in their defense in claiming that they were allowed to say their product was formaldehyde-free. Here’s the main gist of the original message from Schoon:

“No cosmetic product has ever “contained formaldehyde” as an ingredient. Only ONE substance can truly be Formaldehyde […] and that substance cannot be added as an ingredient to cosmetics since it is a highly reactive anhydrous gas that reacts instantly with water and is almost completely (99.96%) consumed in the reaction to produce a stable reactant.”

“[…]my only interest is to help clear up the long stand misconception that Formaldehyde is a cosmetic ingredient. It is not and never has been! Shampoos, conditioners, body lotions, even nail polish… none of these have ever contained Formaldehyde as an ingredient. That would be impossible, since Formaldehyde is an anhydrous and highly reactive gas.”

“Chemists with an understanding of organic chemistry will agree, whatever their opinion about these substances, that Methylene Glycol and Formaldehyde are two completely different chemicals.“

How convenient! I just happen to have a PhD in organic chemistry… but no, I have to disagree. On paper, the structures of methylene glycol and formaldehyde are very different, but if you look at the chemistry, they’re very very closely related. Methylene glycol is basically formaldehyde with its hands loosely tied, and how you can trap an anhydrous gas into a bottle of nail hardener is very easily explained through the magic of chemistry.

(Strangely enough, only two other sciencey blogs seem to have weighed in on the chemistry of methylene glycol vs formaldehyde – Prof Alan Shusterman, an organic chemistry professor at Reed College has an excellent post here, and I Can Has Science? has a very interesting series of posts here – the methylene glycol/formaldehyde confusion is specifically addressed here, here and here. However, there are lots of dense safety documentation online that discusses the issue, including reports from various safety committees with lots of science cred – check the bottom of this post for links.)

Formaldehyde and methylene glycol – six of one, half a dozen of the other

When formaldehyde is dissolved in water, it immediately reacts with water to form methylene glycol, which is a lot more stable:

But the amount sounds pretty safe so far, right?

So the obvious next question is: how quickly can all the methylene glycol change to formaldehyde?

The scary answer: almost instantaneously, given the right conditions.

Things that speed up the breakdown of methylene glycol and release of formaldehyde gas:

– Evaporation of water (such as when a nail hardener dries, or when hair dries)

– Heat (such as from a hot iron, as used in a Brazilian Blowout treatment)
– Formaldehyde gas escaping (such as when a formaldehyde/methylene glycol-containing product is not in an airtight container)

For a video demonstration of how quickly formaldehyde can come out of a solution of methylene glycol, check out this link.

A closed bottle of soda water doesn’t look like it contains any gas – however, when you open the cap, the bubbles all come out of the ordinary-looking water! That’s exactly how an anhydrous gas gets stored in a cosmetic product – it’s trapped in a form that dissolves well in liquid, but the process can reverse very easily. (Luckily for us, the formaldehyde generally doesn’t bubble out anywhere near as quickly as carbon dioxide!)

– Formaldehyde gas has been detected in the air above nail hardeners, and at unsafe levels in salons using the Brazilian Blowout treatment – it’s irrelevant how much is actually in the product, what matters is how much can come out and into the nasal passages of the people using it.

– Virtually every scientific body refers to formaldehyde in solution as “formaldehyde” (it’s used frequently as a preservative in biological science) – and it’s not because the methylene glycol/formaldehyde equilibrium is a new discovery, it’s been well known for over 50 years. Formaldehyde is the reactive part of the solution that scientists care about, and as it’s used up, more methylene glycol breaks down to continue the preserving process.

I am usually not kind to chemophobes, but I have to give them this one – the health risks of formaldehyde also exist with methylene glycol. As the CIR safety report puts it:

“While it can be pointed out that formaldehyde and methylene glycol are different and distinct molecules, the ever present equilibrium between the two makes this distinction of virtually no relevance to ingredient safety.”

– Schoon has a very good point in that the risks of 5% methylene glycol in a product are not the same as the risks of 5% formaldehyde in the air – the dosage is very different. But he oversteps from scientific fact into wishful thinking/distracting diversion in his original statement when he says that they’re “completely different chemicals”, which unfortunately is the soundbite that many parties have been promoting.

Full Cosmetic Ingredient Review safety report, including transcript of meeting – a bit of a long read but probably the most thorough

A summary of the risks of formaldehyde/methylene glycol from GreenFacts

“When is a glycol not a glycol?” – blog post by Prof Alan Shusterman

Brazilian Blowout series on I Can Has Science?

Schoon Scientific’s original statement (this doesn’t seem to be linked on the site anymore, although an article with a similar message is) 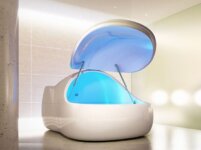 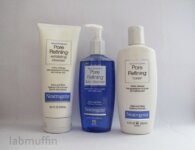 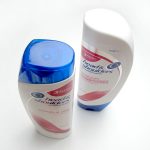 7 thoughts on “Fact-check Feature: Is there actually formaldehyde in my nail polish / hair treatment?”