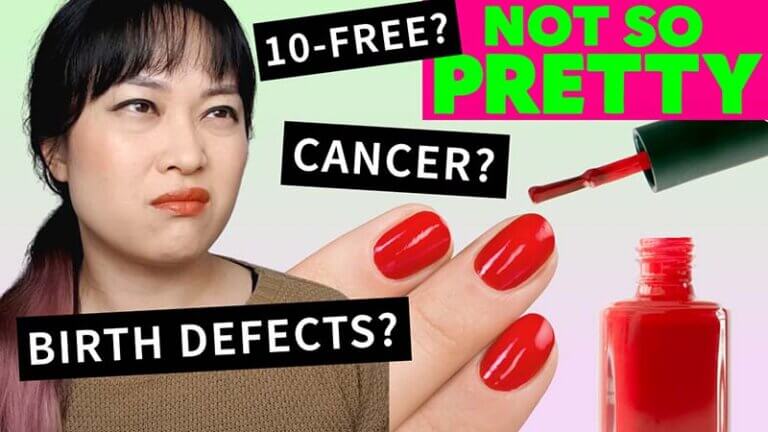 Not So Pretty is a HBO documentary series about supposedly dangerous beauty products. It’s a very persuasive, slick-looking documentary. A lot of people chucked out their products after watching it, and as someone who breaks open bottles to use the last three drops at the bottom, this cut me deep. As a scientist who uses a lot of beauty products … 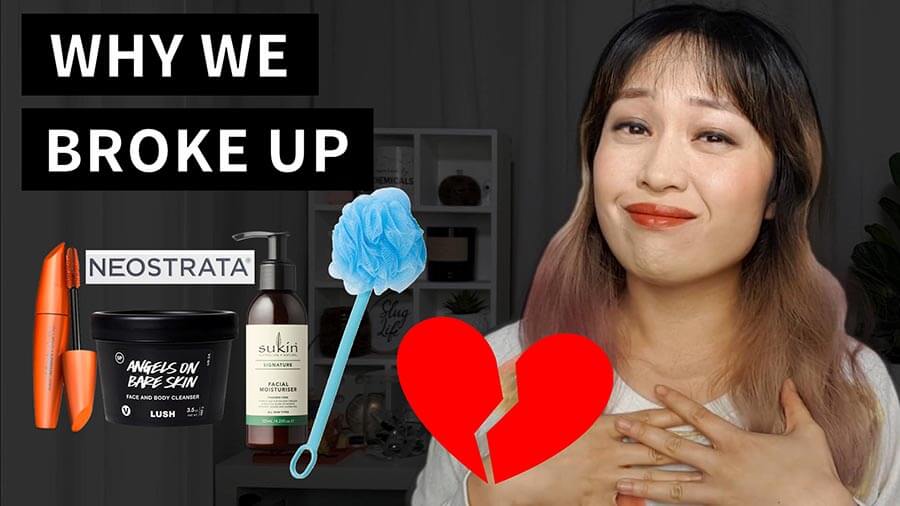 I’m a dinosaur in beauty blogger years. I started my blog in December 2011, and in the last 10-ish years, I’ve learned a lot as I’ve read way too deeply into pretty much everything. I recently had the urge to go through some of my older posts, and unsurprisingly, I’ve said quite a few myths in the past (like the … 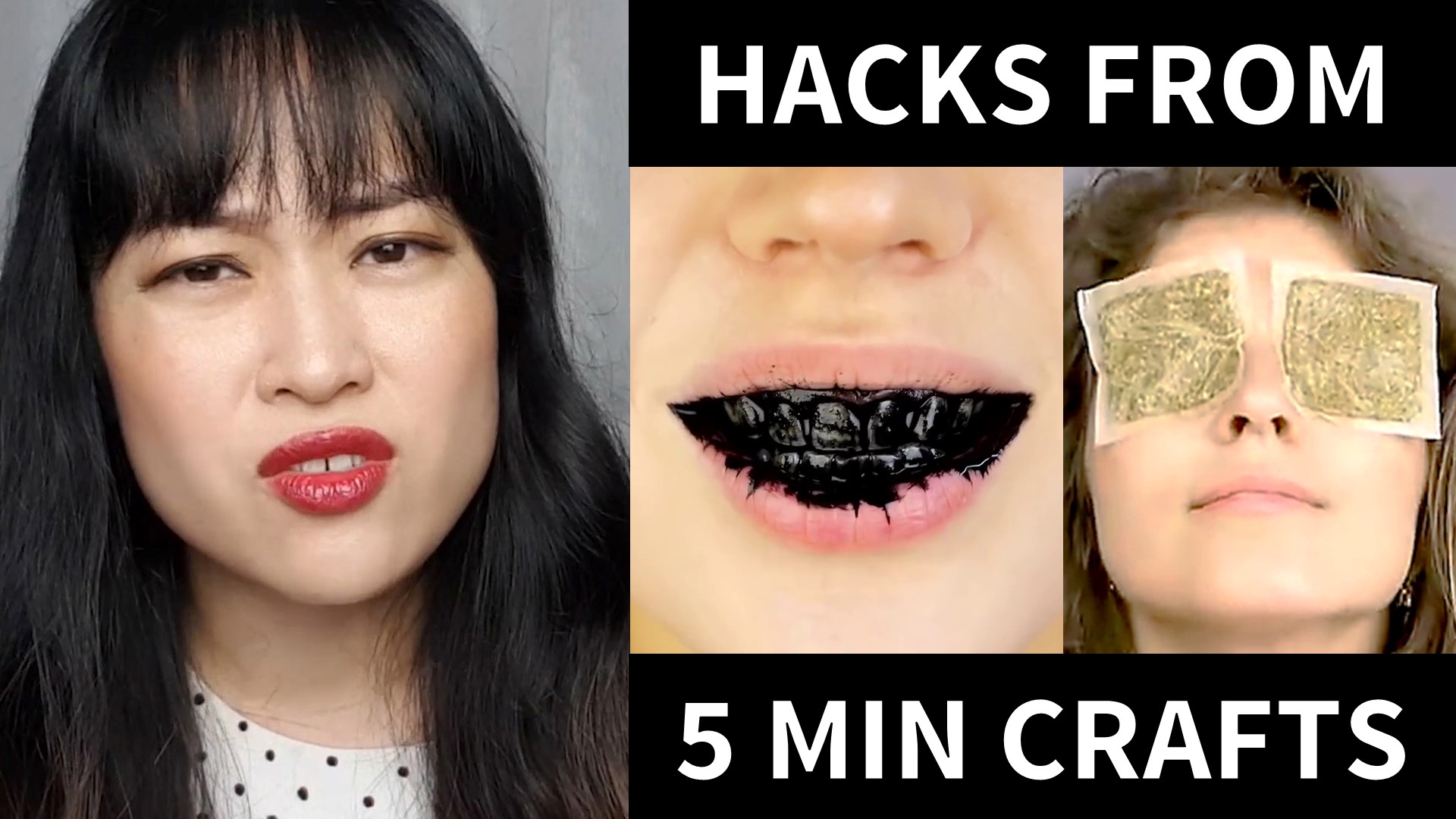 I’ve looked at some more 5 Minute Craft beauty hacks – they’re a mixed bag. Some of them are awful, some of them are actually not that bad. This set includes a few beauty hacks I’ve seen around the place: Aspirin for pimples DIY glitter eyeshadow Activated charcoal for teeth Wasabi lip colour Dark circles and tea bags Check it … 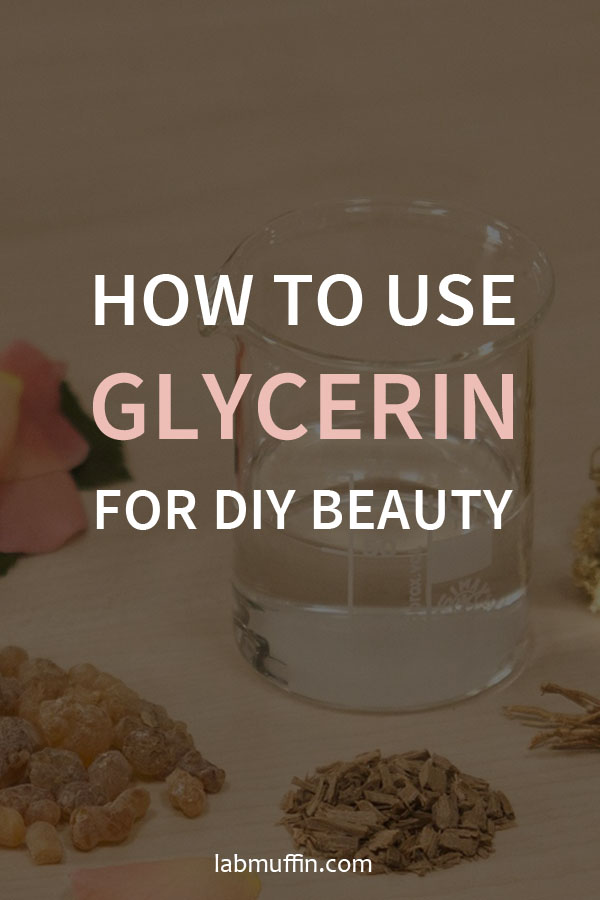 Glycerin’s in a lot of skincare products because it’s an awesome humectant moisturiser that can grab onto water and hold it to the skin. It’s also very cheap to buy at the supermarket ($9.35 for 200 mL at Coles in Australia, $6-7 for 473 mL/16 fl. oz on iHerb or Amazon).

What can you do with it? Here are some (low-effort) suggestions:

Most nail polish removers have this issue where they either work very well but dessicate your cuticles, or they’re kind to your skin but take forever to dissolve nail polish. This acetone-glycerin mix blends the best of both worlds: acetone will dissolve your nail polish like no one’s business, and glycerin will stop it from stripping away moisture. Here’s my recipe for a gentle but effective DIY glycerin/acetone remover. 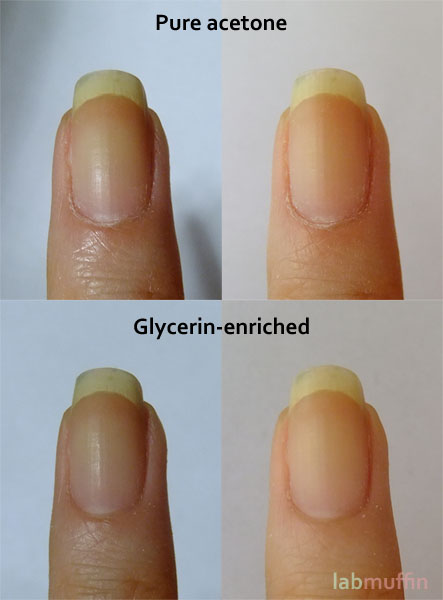 Glycerin is found in tons of toners thanks to its ability to hold onto water, which can revive dehydrated skin. Plain water will normally dehydrate your skin because it makes your skin more permeable, then when it evaporates it makes your skin drier than before. Adding glycerin stops this from happening. The only problem with this is that glycerin/water combos need preservatives if you leave them for more than a few days, because glycerin is very good food for bacteria (if it’s above ~50% glycerin content it’s a bit like honey so bacteria can’t survive…but it’s also sticky and thick like honey so it isn’t pleasant to have on your skin all day). 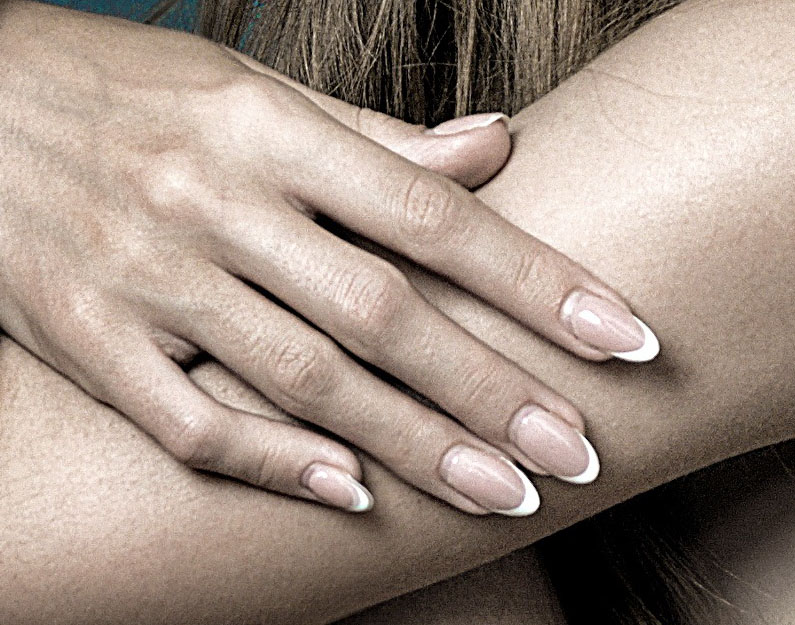 Biotin, also known as vitamin B7 or vitamin H, pops up in every supplement marketed for strengthening hair and nails. Do biotin supplements actually work for brittle nails?

The answer is – it depends. Gah! Read on for the gory details…

Are you getting enough biotin in your diet?

Nutritional supplements generally only make a difference if you’re not getting enough of that nutrient normally, and biotin seems to play by this rule.

The daily recommended intake of biotin for adults is 30 μg/day, and a Western diet generally contains enough biotin. You can find biotin in leafy green vegetables, nuts (peanuts and almonds in particular), avocados, corn, cooked eggs, liver, salmon and meat. Some intestinal bacteria make biotin, which could also contribute to your overall consumption. 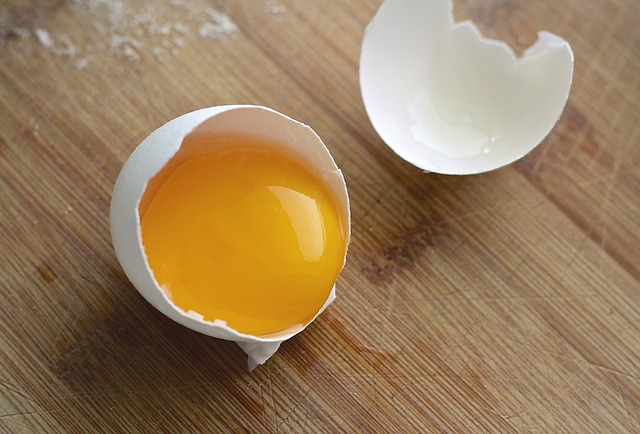 Some factors can decrease your biotin though. Biotin seems to be lower with high alcohol consumption, smoking, gastric acid disorders, in burn patients, epileptics, athletes, the elderly and with some inborn genetic disorders. Pregancy and breastfeeding also decrease biotin.

Eating uncooked egg whites can also decrease biotin, even though cooked eggs are a good source! Raw egg white contains a protein called avidin which binds tightly to biotin, preventing it from working. Cooking the egg destroys the avidin.

How can I tell if I have a biotin deficiency? 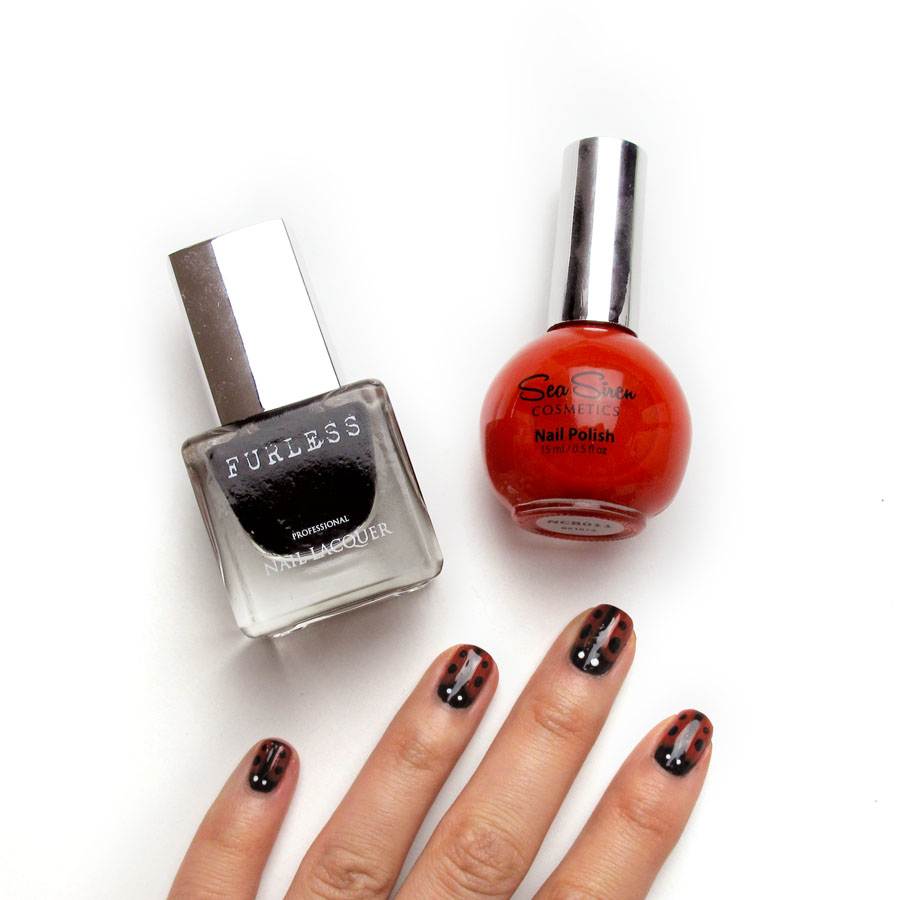 I haven’t done a nail art post in a while, so I thought I’d finally post a mani I did recently. I painted this ladybird design using Furless Bitch, a solid black, and Sea Siren Cabin Fever, a bright red creme. Unfortunately Cabin Fever’s designed to be worn on its own, so it took quite a few layers until the … 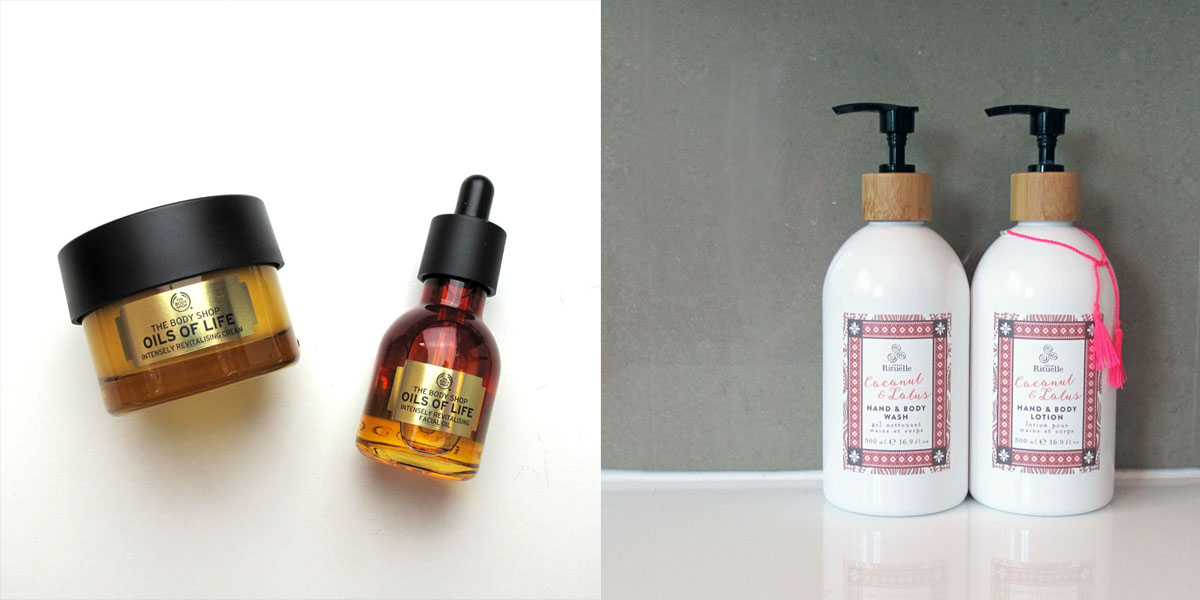 I’ve been trying out a whole bunch of things lately – here are the ones that’ve made it to the top of my “yes!” pile. Urban Rituelle have released the new Dreamweaver range, which includes 2 summery fragrance blends – Island Blossom, a mix of jasmine, frangipani and berries, and Coconut & Lotus, which is a sugary blend of coconut, …