Irritated and sensitive skin can be tricky to deal with – whether it’s because your skin is innately sensitive, or because it’s messed up from harsh products or harsh weather. I recently sat down with my friend Hannah English to talk about our favourite tips and products for irritated skin. She’s a pharmaceutical scientist and skincare content creator who shares …

This video was sponsored by Cynosure, although this post was not. Lasers! You can use them to cut things, you can use them to point at words, and you can use them to treat about a million different skin-related things. These are just the ones I found on the AAD website: Birthmarks, melasma, hyperpigmentation, freckles, acne, rosacea, psoriasis, wrinkles, fine …

This video is sponsored by Foreo. Microcurrent devices are handheld electronic gadgets that have two metal spheres on them. There are lots of claims about how they tone and contour your face, so here’s the science behind microcurrent, how to use a microcurrent device and the results I’ve gotten after using the Foreo Bear on the right side of my …

“I don’t care what the science says, it worked for me” “I only believe what I see with my own eyes” “I’ve worked with clients for twenty years, so I can say for a fact that this works” If you really want to understand the science behind beauty products, you have to understand why science is important when it comes … 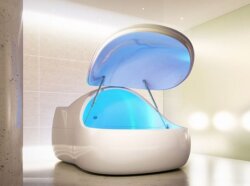 One of my work friends is a full on float tank addict. Hugh has been going for floats several times a week and raving about how amazing it is to everyone who’ll listen, so after a few weeks of listening to him go on (and on and on), I finally went for a float myself. What is a float tank? … 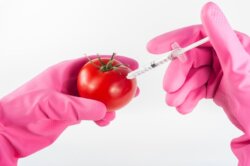 Botulinum toxin (commonly called Botox, although that’s actually a specific brand) injections have been rising as a minimally invasive treatment for wrinkles. They’re quick, relatively painless and have almost no recovery time, and if you have an experienced injector the results look very natural. Since they stop muscle movement, botox injections can also be used to prevent future wrinkles. I’ve …

Today’s video is about my hair bleaching experience, back in July! A bit of background: The last time I had my hair coloured in a salon was in 2009. Those were the days before Olaplex, when hairdressers would just look at my coarse black Asian hair and shake their heads sadly. When I say coarse, I mean my hair should … 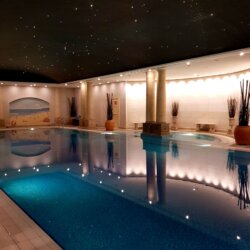