Olaplex is a line of hair repair, “bond building” treatments that’s getting heaps of buzz in the hair community, especially with people who have damaged hair from excessive bleach. It’s available in a couple of forms – Olaplex can be mixed in with bleaching products to minimise damage, or it can be used as a separate treatment. Here’s the science behind how it “repairs” disulfide bonds in hair.

Note (August 2018): I’ve updated this post, and there’s a video version now as well – scroll down to watch it! 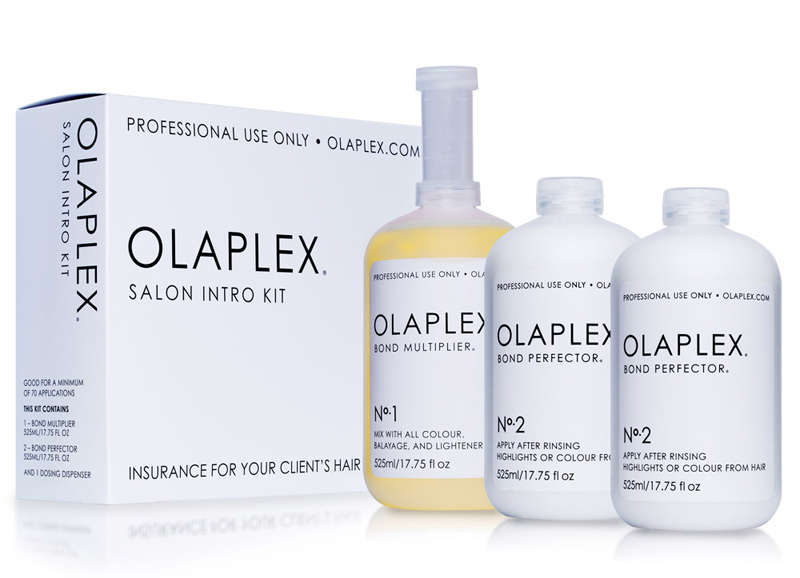 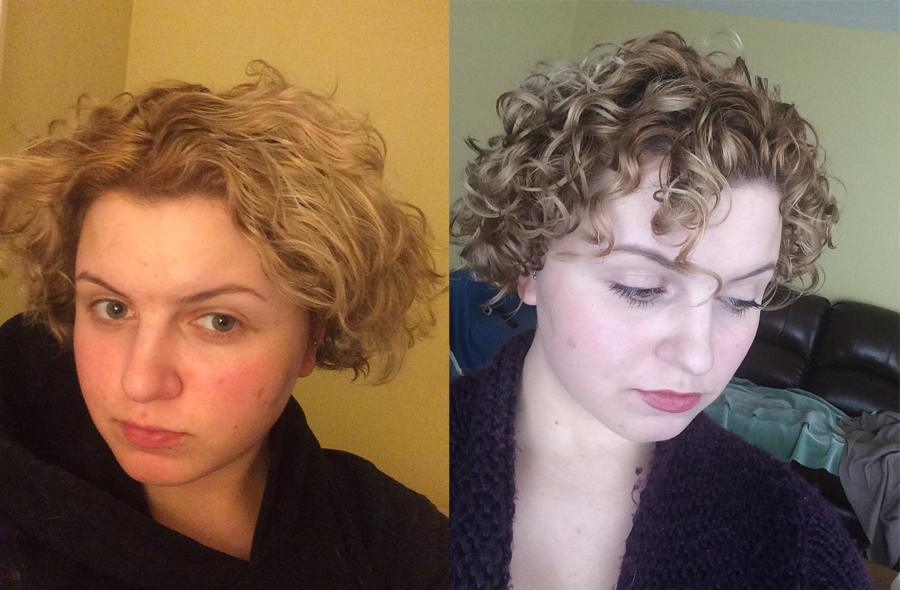 All these proteins holding hands is partially responsible for your hair’s overall shape and strength. When hair is permed or straightened, these bonds are deliberately broken into two SH (“free thiol”) groups, and then reformed after the hair is pulled into its new shape. Re-forming these bonds typically takes a few days (hence not washing your hair for a few days after perming, since it warps the shape).

The peroxide used in bleaching can help repair disulfide bonds… but can also paradoxically stop them from forming, by capping the SH with a sulfate group, hence the extra damage:

I was initially sceptical of the claims, since so many other hair products claim to do similar things and…don’t. But the patent holders are academic chemists with extremely impressive reputations – Craig Hawker is on the Editorial Board of a lot of high impact factor chemistry journals, and has 17 Angew. Chem. papers on his resume, which is a pretty BFD in the chemistry world. So I wanted to vet this product thoroughly!

The patent has a surprising amount of detail into the mechanism of how it’s supposed to work. The short story is, the two ends of bis-aminopropyl diglycol dimaleate form bonds with the sulfurs, making an artificial, extended disulfide bridge. More specifically, the “dimaleate” part of bis-aminopropyl diglycol dimaleate are what’s known as Michael acceptors. These react with an SH group each in a Michael reaction to form covalent bonds like so: 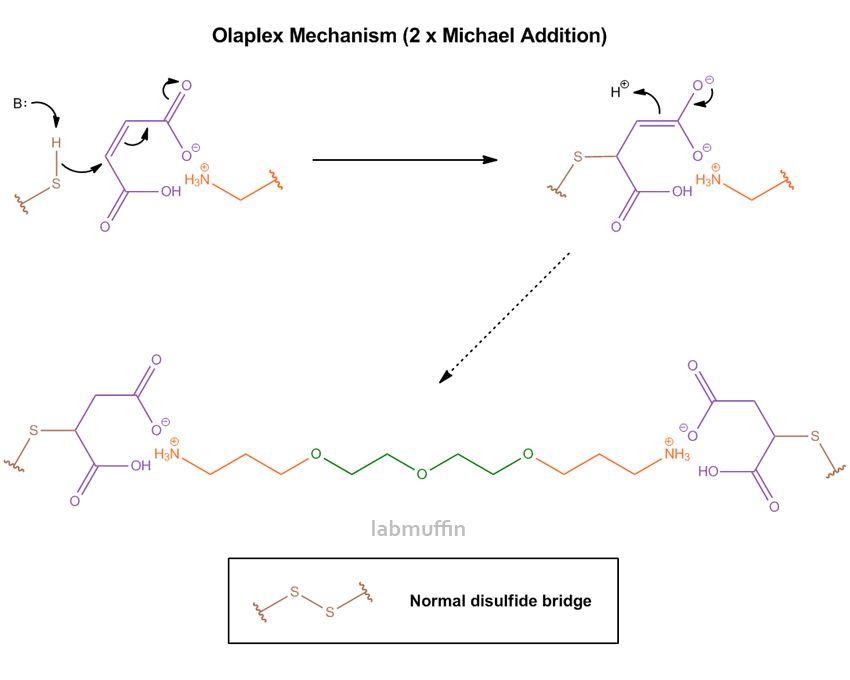 And so a new disulfide link is formed between the two sulfurs, making the hair stronger. This happens pretty quickly – unlike with hair straightening and perming, these reactions will happen faster than the peroxide capping reaction, meaning hair damage during colouring is drastically reduced. Pretty cool, huh?

It’s neat that there’s a scientifically legit explanation for how Olaplex could work, but does it really happen this way in the real world? There are no published independent scientific trials yet, apart from thousands of rave reviews and before-and-after photos, which are pretty dramatic. There’s also a cool side-by-side comparison in the American Board of Certified Haircolorists Newsletter: they repeatedly shampooed hair after treatment with Olaplex, mineral oil, b3 Brazilian Bond Builder or colorpHlex. Olaplex comes out on top by far, even though the other two proprietary treatments make similar claims (strengthens hair from the inside out, repairs bonds).

Olaplex is now routinely used in bleaching treatments, and can get black hair to white in a single session, without the hair becoming overly fragile! I had my hair bleached from black to white (and then had purple applied over the top) at Ultrafade by Rich, a hair salon that’s well known for their amazing Asian hair transformations, and my hair is still in reasonable condition and can be heat styled without any breakage. 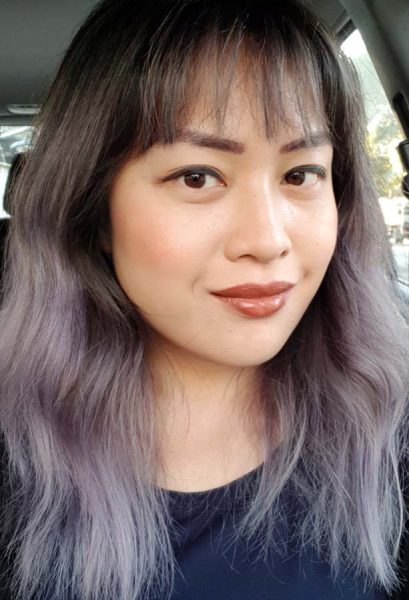 What are the different Olaplex products for?

There are 5 different Olaplex products now, and they’re imaginatively numbered 1 to 5:

Olaplex No. 1 has the highest concentration of the active ingredient. It’s literally just water, bis-aminopropyl diglycol dimaleate and preservatives.

I’ve seen sources that say that it has 80% or 100% of the active ingredient, but if the ingredients list follows the usual rules, it can’t contain more than 50% (since the product has to contain more water). It’s also very liquidy, which would not be the texture I’d expect for this chemical, although it’s really just a guess.

There are lots of ways that Olaplex recommend using No. 1: mixed in with bleach to reduce damage, mixed in with gloss, toner or colour, or diluted and used as the first step in a standalone treatment. There’s a handy mixing chart on their site.

This is the second “professional use only” step that’s intended to repair any bonds missed by Olaplex No. 1.

Olaplex’s educational materials all highlight that Olaplex No. 2 (and 3 as well) are bond builders, not conditioning products – if left in, they won’t make your hair feel soft or nourished (in fact, they make your hair feel stiff and snaggy, as I know now from personal experience). 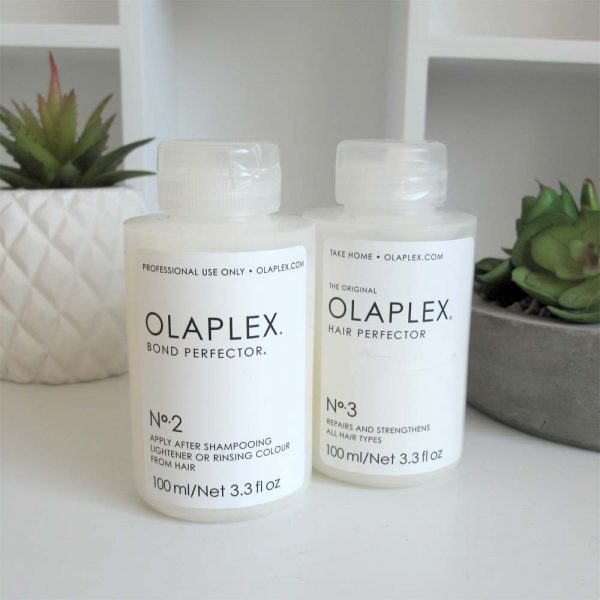 Olaplex No. 3 is the take-home treatment. It has an identical ingredient list to Olaplex No. 2, but with a slightly lower concentration of the active ingredient (12.5% as opposed to 15% according to some sources).

I’m not convinced that a 1/6th decrease is a big enough difference to warrant it being labelled a completely different product with different uses – especially when both 2 and 3 are designed to be used on towel-dried hair, which typically contains enough water to dilute it by far more than 1/6th. To me it just seems like an artificial attempt at differentiating “salon-only” “professional use” and consumer products, which is something the hair industry really enjoys doing.

Anyway, the usage directions are the same as Olaplex 2:

This shampoo has the longest ingredients list I’ve ever seen in a shampoo, and honestly I don’t know why any product needs this many ingredients.

It’s a sulfate-free shampoo, with bis-aminopropyl diglycol dimaleate as the 10th ingredient – mathematically this means it can’t be higher than 10%, but practically speaking, and considering the percentages in Olaplex 2 and 3, it’s probably far below that. The amount of active ingredient seems a bit too low to be relying on this for repairing damaged hair, but that’s probably why they brand it “maintenance”. It does look like a pretty nice shampoo though.

This is a low-silicone conditioner with a very long ingredients list again – this time bis-aminopropyl diglycol dimaleate is ingredient number 14 (if you’re still following along mathematically, it’s less than 7%). Again, the amount of active ingredient looks a bit low for using it “as Olaplex”, although it does look like a nice conditioner.

I had a few questions about Olaplex based on the mechanism of how it works – these are very speculative!

Could Olaplex be used for perming?

Since this method forms disulfide bonds much faster than traditional methods, could Olaplex be used for perms where you can wash your hair straight away? I personally can’t see why not, though perhaps it hasn’t been marketed that way because it’s less revolutionary.

Why are there ionic bonds in the structure?

The maleate sections of the molecule are joined to the linker by ionic bonds (the attraction between the + and – bits), rather than a covalent bond (a solid line). Covalent bonds are generally stronger than ionic bonds, and generally ionic bonds are more susceptible to being broken if there’s a lot of water and other ions around or if there are pH changes, which you’d expect with regular shampooing. Why did the inventors choose to use ionic bonds?

Is it because the ionic bonds used here are unusually strong or have slightly more angular freedom (covalent bonds are like rigid welded joints, while ionic bonds are a bit more like ball-and-socket joints)? Or is it so the effects of Olaplex will wear off faster and you’ll have to use more product? Is it planned obsolescence, so they can unveil Olaplex Permanent 2.0 in a few years time, with covalent bonds where the ionic bonds are? (It’s worth noting that the patent covers versions with covalent bonds, and currently the effects are estimated to “dissipate in a few weeks to a month” – the patent mentions “two months or more”.) I don’t think I’m going to get a good answer to this anytime soon.

Is there any danger of the hair becoming harder to repair, if it does get damaged after Olaplex?

This question is mostly idle speculation on my part, and it could well be a silly question.

With normal hair, the weakest list is usually the disulfide bond. When it breaks, is becomes free thiols, which can be repaired with oxygen or peroxide (very slowly and unreliably) or Olaplex (quickly and probably reliably). But what happens when Olaplex comes into the picture? I suspect the ionic bond will be the weakest point, and you’ll be left with this on the ends: 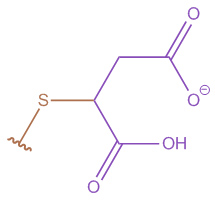 Will this act as a “cap” to stop further disulfide bridges forming, preventing further Olaplex treatments from working?

From a chemical perspective, Olaplex could definitely work to repair hair in a way which no other product on the market currently does. Unfortunately I can’t find a list of salons in Australia with Olaplex, but it’s distributed by Haircare Australia, who may be able to help.

There are also some sellers of Olaplex on Amazon.

Have you tried Olaplex? Does it live up to the hype?

« Skin Hydration vs Moisture: There Is No Difference
Can you freeze your beauty products? »