Did we all have horrifying teenage skincare routines? I recently came across a photo of a TV Hits magazine cover from the early 2000s, and remembered how it was my first introduction to the concept of a skincare routine. I was a little obsessed with music magazines, and they often came with little samples of Clean & Clear’s 3 Step bottles on the front.

It really struck me how far we’ve come with skincare products and resources for teenagers, so I thought I’d look at what my skincare routine was back then.

The video is here, keep scrolling down for the text version…

I’m turning 35 this year which means I grew up in the 2000s. The 2000s were a time of Britney, flared jeans, butterfly clips and some really cringy skincare. Despite some really cringe moments, in hindsight it was quite a nice time overall -you had a bit more breathing room between apocalyptic events…

Here’s what I look like in the early 2000s. I went through a lot of regrettable years when I didn’t have a fringe, and was channeling the middle-aged accountant vibe.

You can also tell it was like the height of my trichotillomania – I was doing a lot of hair pulling, and the hair regrowth is a bit warped.

So what skin care was teenage Michelle using?

The Harshest Scrub That Ever Harshed

My first product was probably the Avon Invigorating Scrub. My dad bought this for me when I started getting pimples, and it’s exactly what you’d expect a clueless dad to buy.

This scrub was bright blue, with triangular scrubbing particles shaped like shards. It was mentholated to death (literally fresh to death!). It felt like you were sandpapering your face, then dunking your face in a bucket of ice water. I’m pretty confident this was way worse than St Ives Apricot Scrub.

At the time, this was what everyone assumed acne care should be – before the gospel of Paula Begoun really took hold. In these pre-Google, Yahoo Search/AltaVista/Ask Jeeves years, we weren’t going to find Paula!

To no one’s surprise, my dehydration-prone skin didn’t like this. I remember the skin on my nose going hard and stiff, and cracking. I actually peeled off the flakes with a pair of tweezers, which was… not good. I ended up with a constantly scabby nose.

I think a lot of people end up going through this sort of process before they realise you can’t successfully treat acne by drying it out with harsh treatments – it usually just makes the acne worse, especially since one of the contributing factors to acne is inflammation.

The Scourge of 3 Step Routines

The next step in my teenage skincare journey was Clean & Clear’s 3 Step Oil Control Pack. At the time, Clean & Clear had a massive campaign targeting teenagers, with little sample bottle packs stuck to the front of pop music magazines. I ended up with a bunch of different sets from TV Hits.

Based on the ingredients, it looks like the exact same formulas from 20 years ago are still available now in Australia, in the same packaging. It doesn’t like the old formulas are sold in the US or UK anymore, so maybe they’re just quietly shunting the leftovers to Australians…

This seems to basically be soap formed in situ – there’s free fatty acids and triethanolamine (a base), which together would form carboxylate salts (soap).

Related post: Make Your Own Soap! Part 1: The Chemistry Behind Soap Making

I remember this forming a nice lather, and for these soap surfactants to foam well, it’d have to be somewhere near pH 8 or 9.

It also has methylisothiazolinone as a preservative, which is a pretty common allergen. It’s only allowed in wash-off products these days, and it’s rarely found in face products, but reasonably common in shampoos and conditioners.

My skin is generally pretty robust, but MI and its cousin MCI both make me really itchy, and I wonder if I was allergic to this product and I just didn’t know at the time.

This was pretty stripping on my skin, and we all thought back then that stripping and tight meant your skin was clean. A lot of people still think this.

But it isn’t true – tightness after cleansing largely comes from the proteins in your skin changing their shape (denaturing). Since these proteins are an essential part of your skin barrier, that means it’s probably compromised, so it’s losing water and letting irritants in.

The toner was really blue, and alcoholic, and the star product of this range. This is basically Paula’s nightmare toner! Toners these days are a lot better (except for this one, apparently).

It’s a pretty simple formula, with alcohol and salicylic acid as the key ingredients. There’s glycereth-26, an emollient and humectant that’s a bit like a less effective version of glycerin. There’s also allantoin and panthenol, which are soothing and moisturising, but I don’t know if they’re going to do much given everything else in the formula.

This was very runny so you had to apply it with a cotton ball. I remember it stinging very badly, and the assumption was that it had to hurt if you wanted it to work.

The moisturiser’s ingredient list actually looks pretty similar to a lot of products on the market now, aside from the parabens – it’s actually kind of nice seeing them!

I remember this product being fine. I didn’t really use it that much, since I had oily skin and acne, and back then it was assumed that meant you didn’t need moisturiser.

This doesn’t have my precious glycerin in it, and I wonder if I would’ve had an easier time getting into skincare if it did. Propylene glycol is the second ingredient, and it’s a humectant but nowhere near as effective as glycerin. My skin is very dehydration-prone, and this moisturiser didn’t convince me that I needed moisturiser.

If I was redesigning this moisturiser, I’d replace the propylene glycol with glycerin (obviously, with my massive glycerin bias), and I’d add sun protection. My guess is that it didn’t have sun protection because of the 0.5% salicylic acid in it, which makes it a drug in the US, and I’m not sure you’re allowed both types of drug combined in the US. But since there’s already salicylic acid in the toner, I think having an SPF moisturiser without salicylic acid would serve as a nice introduction to skincare for teenagers.

I also used Clean & Clear Oil Absorbing Sheets, which were also attached to the front of a magazine.

I don’t think they’ve changed these much apart from the packaging, because these are actually pretty good! These are light blue sheets that soak up oil when you press them down on your face, and you can see the blue plastic go clear. It’s incredibly satisfying, and it’s a nice way of getting rid of excess oil without irritating your skin.

The main downside is that these are made of plastic. These days I use some made from paper from an Asian supermarket, and they seem to soak up more oil as well as being a bit more environmentally friendly.

The next stage was when I actually bought my own products, instead of getting them off the front of a magazine.

My first cleansers were Cetaphil Gentle Skin Cleanser and Nivea Visage Cleansing Gel. These two products were probably where I got my hate of cleansing over the sink from.

The Cetaphil cleanser was a gel product that didn’t foam. The instructions said to either massage it over your skin and either rinse or wipe it off with a damp cloth.

Since my skin was oily, it felt like this didn’t do very much, and I don’t remember using it more than a couple of times (although it lived under the sink for years). While it seems like a perfectly good product, I think it just didn’t match my skin type.

The Nivea Cleansing Gel was just annoying. Some not-very-well-formulated cleansers stick to themselves and your skin instead of mixing with water, so after the whole washing process you still have a dollop of gel in the palm of your hand, and it takes a lot of work to get it off. Some cleansers on the market still do this (The Inkey List Salicylic Acid Cleanser comes to mind).

I don’t know why I kept on buying this, even though it was such a pain to use. I think it might’ve just been the cheapest cleanser from the supermarket. But otherwise, this was pretty hydrating and didn’t strip my skin.

Too Much Benzoyl Peroxide

Onto the product every teenager ends up using: benzoyl peroxide.

My first benzoyl peroxide product was Benzac 10% Cream. I read online that 2.5% was better than 10%, but I was a cheapass and figured that 10 divided by 4 was 2.5, so I could just dilute it.

Related post: Why Benzoyl Peroxide Is a Great Acne Treatment

Of course, the first day I bought it I got lazy (I had 8 am lectures), and instead of diluting I tried to just apply less to my face. To my horror, someone asked me (with genuine concern) if I was badly sunburned – benzoyl peroxide is pretty irritating, so I just had a beet red face all day.

To make things worse, Benzac has these white bits in it which I think were the microsponge particles, so I also had little white flecks all over my face as well. It was a disaster.

The other issues that are pretty much inherent to benzoyl peroxide – it’s pretty drying, and bleaches dyes.

These days there are lots of benzoyl peroxide washes available, and I’d recommend one of those instead to save your coloured towels and pillowcases.

So that takes me to uni, and the end of my teenage years. I still hadn’t worked out a skincare routine by that point!

I didn’t really get anywhere with my skincare until I was around 21 or 22 – and even then, it took me until my mid-to-late 20s to really understand my skin and predict which products would actually work well for it.

My excuse is that we didn’t really have the resources that we do now! We didn’t have skincare advice on YouTube or Instagram – the only place you could really find reasonably good information was the Paula’s Choice website.

Also notice the distinct lack of sunscreen in my routine. I didn’t really start trying to wear it until my mid-20s, and it took me a few years to consistently wear it every day.

I hope you enjoyed this throwback! Do you recognise any of these products, or use them? What other iconic products did you use in your teenage years? 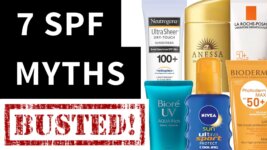 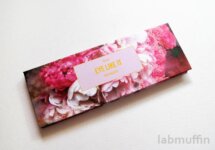 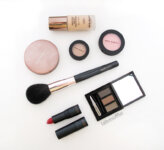 5 thoughts on “Reviewing My Teenage Skincare Routine (with video)”