If you have mild to moderate acne, one of the first treatments your doctor or pharmacist will recommend is benzoyl peroxide. Benzoyl peroxide (also known as BPO or BP) has been used for treating acne since the 1930s, and it’s still going strong! Here’s why: 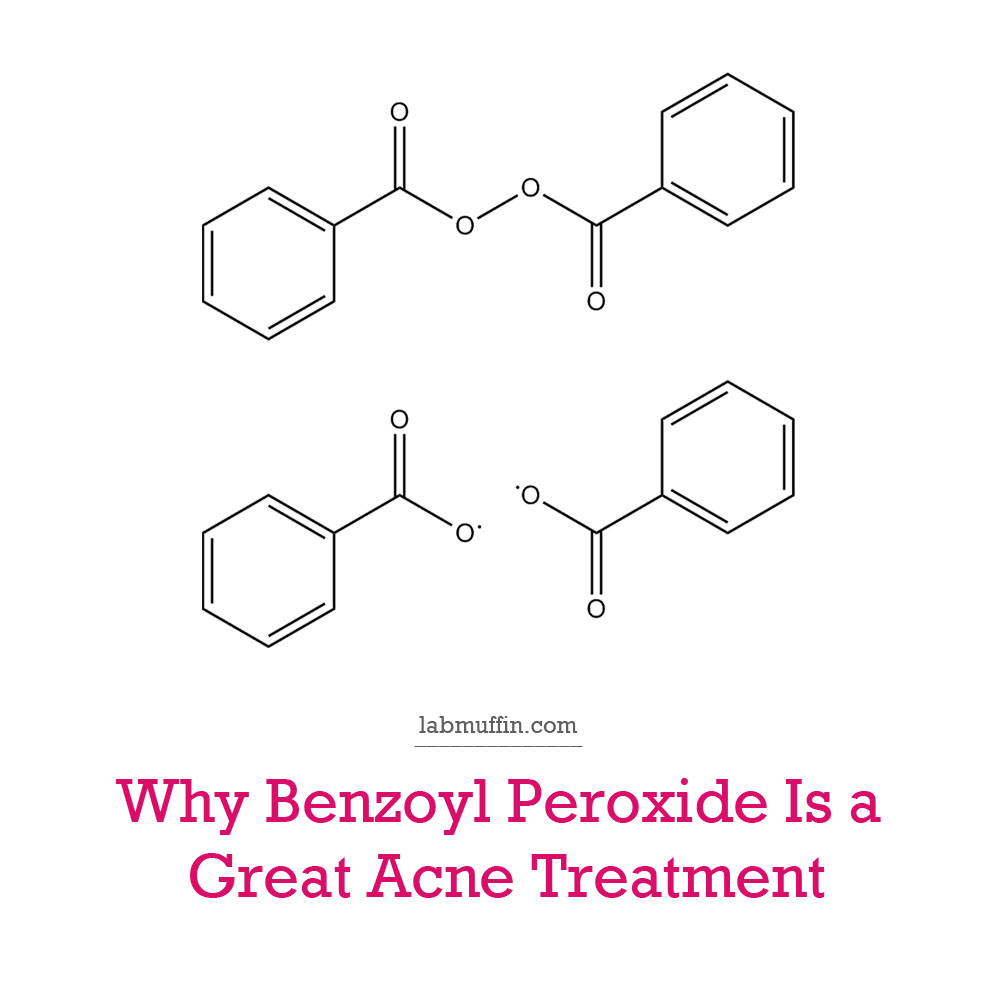 How Does Benzoyl Peroxide Fight Acne?

Benzoyl peroxide is a powerful antimicrobial

Benzoyl peroxide kills bacteria by reacting with bacterial membranes (via oxidation and free radical mechanisms). The beauty of benzoyl peroxide compared to traditional antibiotics is that bacteria can’t become resistant, and it actually works more effectively than antibiotic creams too! BPO is often combined with other acne treatments for these reasons.

It dissolves in oil

Benzoyl peroxide dissolves well in oil (it’s lipophilic), which means it can penetrate deep into pores and pimples.

You don’t often see it listed as an exfoliant, but benzoyl peroxide is actually fantastic at loosening skin cells deep in the outer layer of skin (stratum corneum), deeper than salicylic acid can reach.

Benzoyl peroxide also reduces inflammation, an important contributor to the development of a proper breakout.

Irritation: Because it’s an oxidant and produces free radicals, benzoyl peroxide decreases the levels of antioxidant vitamin E in the top layers of skin. This often leads to dryness, redness, peeling and stinging, especially at higher concentrations and in formulations with lots of alcohol. Luckily, 2.5% benzoyl peroxide is as effective as higher concentrations, and causes less irritation. Make sure you moisturise while using BPO!

Bleaching: Peroxides are good at bleaching, and benzoyl peroxide does its chemical family proud by staining your clothes, pillowcases, towels and possibly even your hair white. The solution is to only use white linen when you have benzoyl peroxide on your face and fingers, and to keep your hair off your face.

Allergy (rare): Less than 2% of people are allergic to benzoyl peroxide.

Interaction with tretinoin: Benzoyl peroxide inactivates tretinoin (Retin-A), but the two work well in combination to fight acne. If you want to use the two ingredients together, you can either use BPO in the morning and tretinoin at night, or on alternating days, or use a product that’s specially formulated to keep the tretinoin stable (e.g. Retin-A Micro, which uses microspheres). You could also use a different retinoid, such as adapalene or tazarotene, which don’t interact with BPO.

Not a downside: BP has been found to promote some tumours in mouse studies, but not in most studies. The overall consensus is that it’s unlikely to be an issue.

How do I use benzoyl peroxide for acne?

The best way to use benzoyl peroxide is to cover your clean face with a thin layer of 2.5% or 5% benzoyl peroxide gel, 1-3 times a day. Follow with moisturiser, and use sunscreen during the day. The effects are usually visible within a couple of weeks. After a couple of months, if your acne has reduced enough, you can switch to a rinse-off benzoyl peroxide cleanser to keep the acne at bay.

I’ve been using benzoyl peroxide since I was a teenager. The two products I’ve been loyally using are:

Benzac AC 2.5% Gel ($16.95 for 50 g) – Comes in 2.5%, 5% and 10% varieties, and is available in stores in Australia. It contains nifty acrylates copolymer beads containing glycerin, which release glycerin to moisturise your skin while they soak up oil. You can find it almost any pharmacy in Australia. 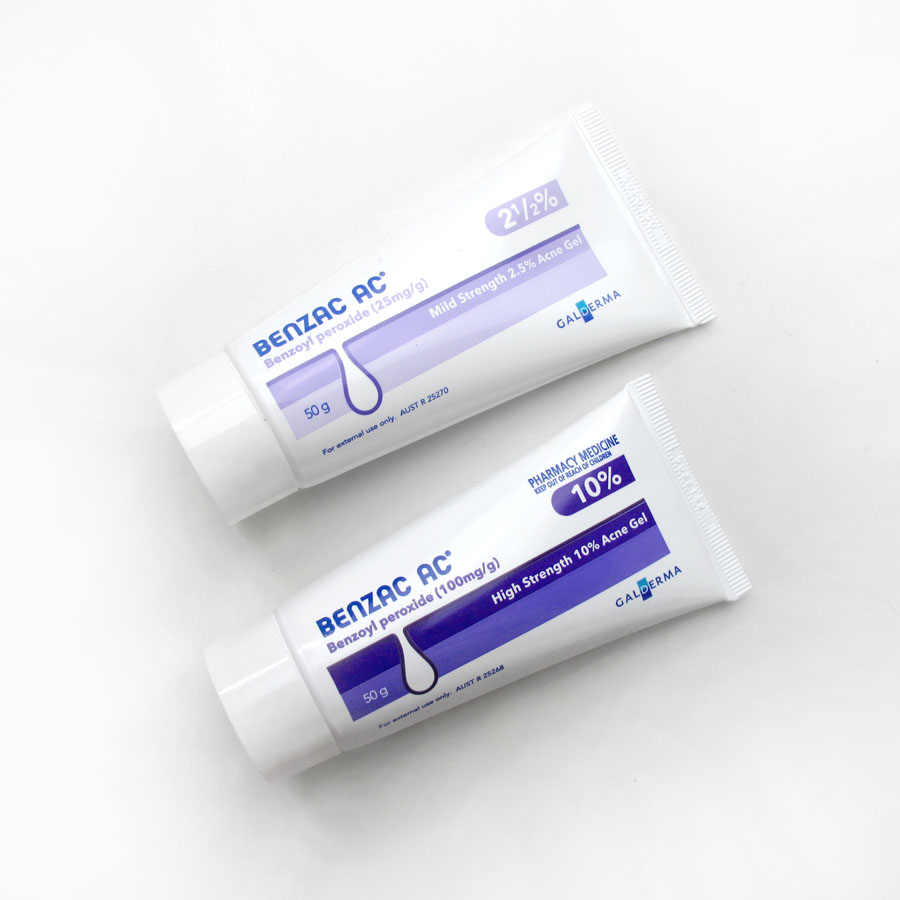 Proactiv Repairing Treatment ($28.95 AUD for 60 mL) – I used to borrow small amounts of this from my sister for spot treatments. It’s a nice 2.5% benzoyl peroxide lotion, with a slightly sticky texture, but it’s a bit expensive.

($26 AUD for 67 mL, Amazon link) – I haven’t actually tried this personally, but Paula’s Choice generally make great products. This comes in a 5% version as well.

Benzac AC Gel was provided for editorial consideration, which did not affect my opinion. This post also contains affiliate links – if you decide to click through and support Lab Muffin financially, thank you! For more information, see Disclosure Policy.

Have you used benzoyl peroxide before to treat acne? What was your experience? 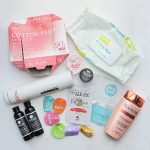 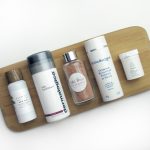 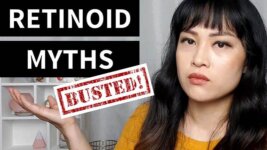 45 thoughts on “Why Benzoyl Peroxide Is a Great Acne Treatment”