Fact-check Feature is a new series here on Lab Muffin, where I’ll be answering beauty questions and busting beauty myths. Got a question? Email me, or leave me a comment.

I’ve heard a lot about sun exposure and chemical exfoliants. What precautions do I need to take?

Chemical exfoliants, unlike physical exfoliants, are products that you leave on your skin. They gradually dissolve the “glue” sticking the dead cells that make up the surface of your skin. While this dead cell layer (the stratum corneum) protects your skin, if it gets too thick, it makes the skin look dull.

Unfortunately, there are only a handful of studies out there on the effects of AHAs and BHAs on sun sensitivity.

Glycolic acid is the most studied of the AHAs. Human skin that had been treated with a 10% glycolic acid solution (pH 3.5) daily for 4 weeks was found to have increased redness, DNA damage and sunburn cell formation when exposed to UV light, 24 hours after the last application [1]. However, the sensitivity returned to normal after stopping treatment for a week.

Another study found that glycolic acid also increased the likelihood of developing a tan [2]. Interestingly, a study on mice found that AHAs decrease the formation of tumours after UV exposure [3].

There aren’t many studies on other AHAs, but since they seem to work via the same mechanism, it’s likely that they will affect UV sensitivity in a similar way.

Salicylic acid is a different story. Again, there haven’t been many studies yet, but those that exist point to no photosensitisation at the levels used in cosmetics. 4 weeks’ treatment with 2% salicylic acid (pH 3.5) found no increase in sun damage markers 24 hours after the last application [1].

In fact, there are studies which show that salicylic acid, when present on the skin, can act as a sunscreen. People undergoing UVB treatment for psoriasis are told to avoid salicylic acid, since it can block UVB from reaching the skin.

Some salicylic acid derivatives like octyl salicylate are sunscreen ingredients – the salicylate part absorbs UV light and stops it from damaging the deeper layers of the skin.

Bottom line: AHAs increase sun sensitivity, even when they’re not on your skin – slather up with sunscreen! However, they don’t necessarily increase the likelihood of developing skin cancer.

In contrast, salicylic acid doesn’t appear to increase sun sensitivity, and may in fact protect the skin from UV light. But since salicylic acid exfoliation products don’t carry any UV ratings, you shouldn’t rely on them alone for sun protection. 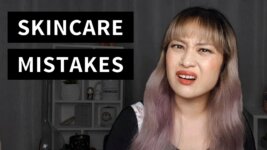 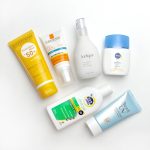 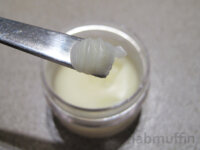 11 thoughts on “Do I need extra sunscreen when using chemical exfoliants? Fact-check Feature”