Retinoids are analogues of vitamin A, used for treating many conditions such as acne and sun damage, as well as acting as a penetration enhancer for other treatments. Examples include tretinoin, adapalene, tazarotene and isotretinoin, as well as retinol, which is available over the counter.

How it works: Retinoids are thought to work in multiple ways to reduce pigmentation, including increasing skin turnover, interfering with transfer of melanin to the skin, reducing the amount of tyrosinase produced in the skin and dispersing melanin. Retinoids are usually used in combination with other treatments for hyperpigmentation – by themselves, they take several months to achieve results.

Strength: Commonly used strengths of retinoids vary according to the retinoid in question: tretinoin (0.05—0.1%), adapalene (0.1—0.3%), tazarotene (0.01—0.1%), retinol (up to 4%). They’re also commonly combined with corticosteroids to reduce irritation and the chances of postinflammatory hyperpigmentation.

Irritation potential and side effects: Different retinoids have different irritation potential – in general, the more effective the retinoid, the more irritating and more side effects it will have. Retinoid irritation is common and leads to redness, dryness and peeling (which is also why it works well as a penetration enhancer). Postinflammatory hyperpigmentation is also a risk, especially in darker skin. Adapalene is one of the less irritating retinoids.

Azelaic acid is another common alternative to hydroquinone and is a prescription-only acne treatment in many countries. It’s produced by a fungus, Pityrosporum ovale, which sometimes infects humans and causes light patches on the skin. It is slightly milder than hydroquinone, but in combination with retinoids has been as effective as 4% hydroquinone, with less side effects.

How it works: Azelaic acid interferes with tyrosinase activity as a tyrosine mimic, and suppresses and kills abnormal melanocytes.

Side effects: Azelaic acid is known for the lack of side effects with its use – the main side effects are mild stinging and redness. 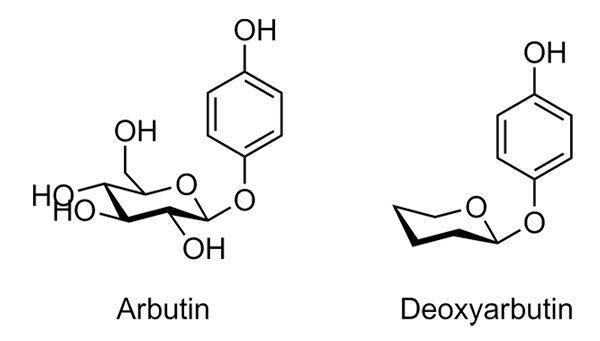 Arbutin is sometimes known as “natural hydroquinone” since its structure is very similar to that of hydroquinone. It’s found in extracts of bearberry leaves, and to a lesser extent in cranberry and blueberry leaves as well. Two synthetic forms of arbutin, alpha-arbutin and deoxyarbutin, are more potent than arbutin itself.

How it works: Arbutin slowly turns into hydroquinone, acting as a tyrosine mimic to slow down the production of melanin. It also interferes with the maturation of melanosomes, organelles responsible for melanin production.

Strength: There are few clinical studies on arbutin’s efficacy as a lightener, and some of those that have been published have reported mixed results. One trial found that deoxyarbutin-induced lightening was maintained when hydroquinone-induced lightening was not. 5% is commonly used, though higher concentration formulations exist.

Side effects: Higher concentrations run the risk of postinflammatory hyperpigmentation. 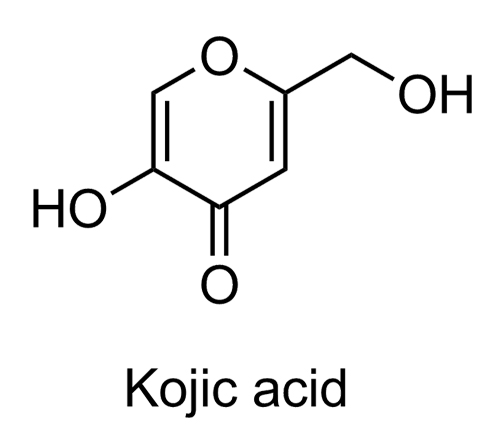 Kojic acid is produced by bacteria in the fermentation of rice in the manufacture of sake (Japanese wine). A derivative of kojic acid, kojyl-APPA, has also been investigated for its whitening effect and improved skin penetration.

How it works: Kojic acid binds to copper in tyrosinase, preventing it from performing its role in the production of melanin.

Side effects: Kojic acid is very irritating, and can be combined with a corticosteroid to reduce the chances of a reaction. It is also a potential allergen. 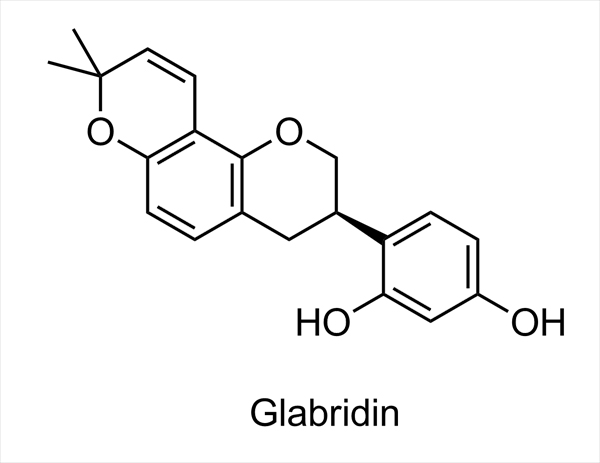 An extract from the root of the licorice plant (Glycyrrhiza glabra) is popularly used as a whitening ingredient in cosmetics. It contains a number of antioxidant and anti-inflammatory chemicals, as well as the major whitening components, glabridin and liquirtin (and a range of other related flavonoids). However, not many clinical studies on these extracts exist, although the one trial with liquirtin showed good results.

How it works: Glabridin protects skin from UVB-induced pigmentation, as well as acting on tyrosinase to slow down melanin production. Liquirtin disperses melanin.

Strength: Glabridin creams contain 10-40%, while liquirtin has been tested as a 20% cream.

Side effects: Licorice extracts are mild and have few side effects, thought to be due to its anti-inflammatory and anti-irritant ingredients. 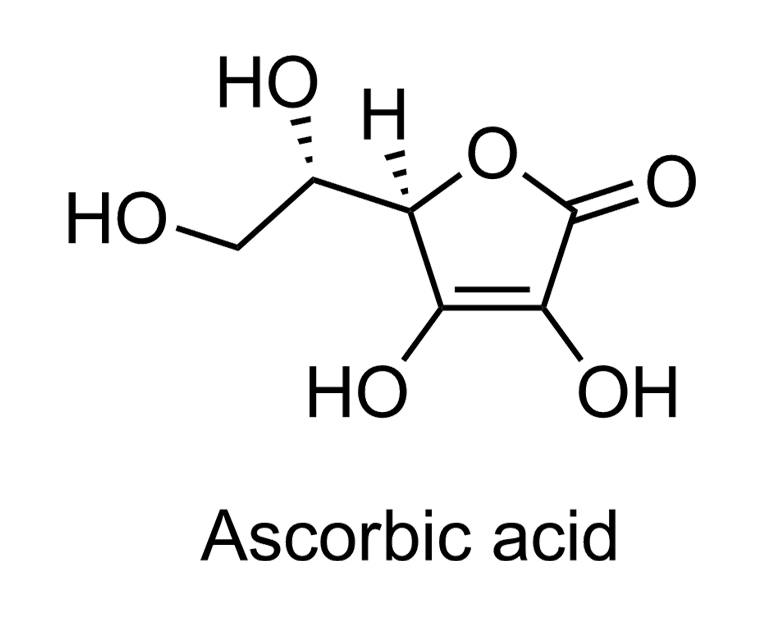 Vitamin C is an ingredient in many skincare products, due to its potent antioxidant activity. However, it is very unstable and is usually combined with other ingredients.

How it works: Ascorbic acid turns dopaquinone back into L-DOPA, undoing the reaction that tyrosinase does.

Strength: Ascorbic acid is typically found in 5-10% concentrations. A trial of 5% ascorbic acid was found to be less effective than 4% hydroquinone, but was significantly less irritating.

Side effects: Ascorbic acid has an excellent safety profile, with much less irritating potential than many other lightening agents.

Soy proteins are extracted from soybeans. The most studied lightening agent in soy is soybean trypsin inhibitor.

How it works: Soybean trypsin inhibitor interferes with the transfer of pigment from the melanin-producing cells to the skin. It is not as effective as hydroquinone.

Side effects: The lightening action of soy is reversible and the side effects are minimal. 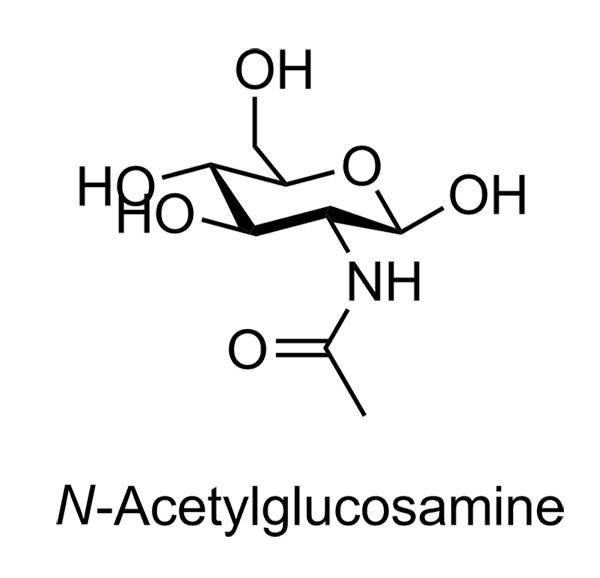 N-Acetylglucosamine is a sugar found throughout nature and in the body, and is a precursor of hyaluronic acid.

How it works: Slows down the production of tyrosinase enzymes, essential in the synthesis of melanin.

Strength: 2% N-acetylglucosamine has been found to improve pigmentation in clinical studies, and is frequently used in conjunction with niacinamide.

Niacinamide, also known as nicotinamide and vitamin B3, is found in many plants. It is an antioxidant, and is very stable.

How it works: Niacinamide inhibits transfer of pigment to the skin.

Strength: 2-5% is the typical concentration, and has been found to be effective in reducing hyperpigmentation in several studies, although it is usually combined with other agents.

Side effects: Some skin irritation can occur.

If you’re wary of hydroquinone, or your skin can’t handle it, there are still plenty of options for treatment of hyperpigmentation.