There are a few common sciencey questions I get asked a lot, and for some of them, I have a strong suspicion on how they work, but I can’t confirm it properly (without misappropriating university resources, anyway). So here’s a post where I speculate about how things work, which may or may not turn into a series of posts…

How does shatter/crackle polish work?

As a sciencey nail blogger, this is the question I get asked the most! I’ve seen a lot of posts saying that ethanol (or ethyl alcohol, or alcohol SD40) is the ingredient that makes it shatter, but that’s not the full story. I know this for a fact, because I’ve tried adding various amounts of ethanol to various types of nail polish and none of them wanted to even separate. More importantly, I’m sure many, many other people have played with it too, but no one’s written about their successful crackle franken, even though crackle came out over 2 years ago. Additionally, most people who try to explain shatter claim that it’s because ethanol evaporates faster than usual, but ethyl acetate, the most common nail polish ingredient, has a lower boiling point and evaporates faster.1

This area isn’t my forte, but I think polish companies have taken care to formulate a polish which sticks together quickly, is very brittle, and doesn’t adhere well. In shatter/crackle ingredients lists, you’ll notice “adipic acid/neopentyl glycol/trimellitic anhydride” quite high up while “nitrocellulose” is low, whereas in most normal polishes, it’s the other way around (most polishes don’t have adipic acid/neopentyl glycol/trimellitic anhydride at all). This different formulation is probably also why shatter tends to flake off so easily and dry dull.

How does spotted/bubbly polish work?

The key ingredients in OPI’s Black Spotted that aren’t in regular polish are heptane, which is a very hydrophobic (water-hating) solvent, and plain old water. Polish is quite hydrophobic to begin with, so when it’s mixed with heptane it’s even worse at mixing with water. When the mixture of water-hating polish and little droplets of water hits the nail, the droplets expand and form little holes through which you can see the polish underneath.

The heptane in the polish is also why all the spotted-style polishes were “exclusive” to non-US countries – it’s not a very nice thing to have in cosmetics and understandably there are laws against it in some countries, although the tiny amounts in a nail polish are very unlikely to harm you.

I’ve tried frankening a spotted polish out of commonly found household ingredients, but so far I’ve failed. Of course, there’s the water marbling method of getting a similar effect without all the mixing hoo-hah, where you float polish and spray it with hand sanitiser to create little dots in the polish – this will also work with other alcohol-based sprays, like perfume and hairspray.

Why does Revlon polish end up looking dusty when I swatch them on sticks, but not on my nails?

A few of my Aussie Nails ladies have noticed this happening. The only explanation I can think of is that Revlon polishes typically contain an unusual ingredient, tribenzoin (it’s also in some Sephora polishes). It’s usually a moisturising ingredient, but I’m not sure what its function is in the nail polish. I’m guessing that on your mani, it’s able to sink into your porous nail, but since plastic is less penetrable, the moisturiser has nowhere else to go but up to the surface, where it looks like “dust”.

2. Nails and ethanol are attracted to each other (both are polar), so ethanol probably absorbs through the nail plate too quickly for the shatter to work. Additionally, nail polish is non-polar, so ethanol probably slides across it quite easily, helping the shatter polish shrink across the nail and create larger gaps, but this probably also has to do with how smooth and shiny the polish is compared to the bare nail. 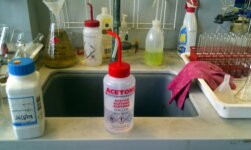 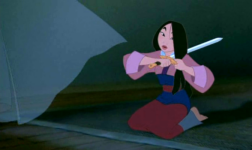 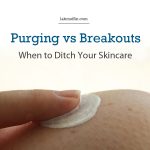 30 thoughts on “Pure speculation! The science behind nail polish”