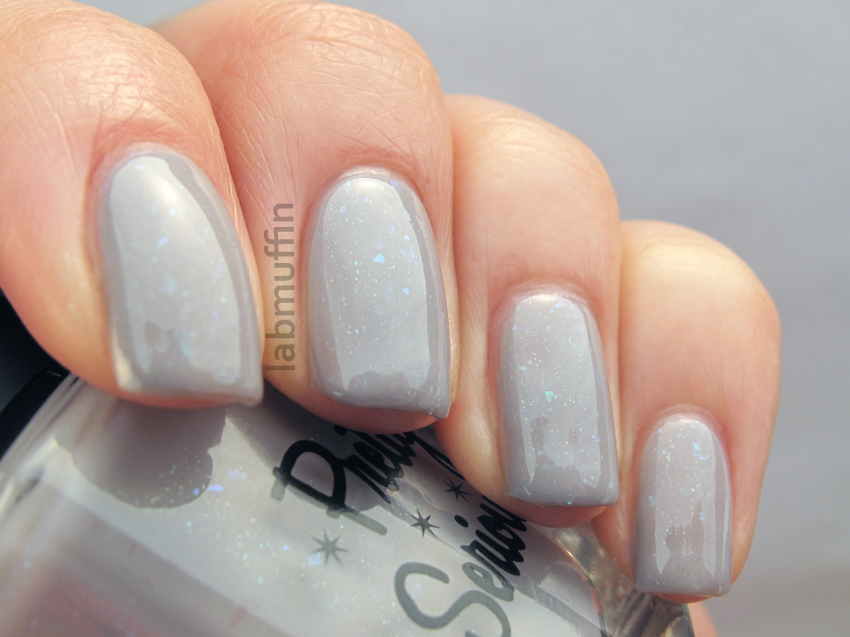 A while ago, Kaz of Pretty Serious contacted me to ask if I would like to collaborate on a shade. YES, I replied. DUH. I mean, who would turn down that sort of offer? A crazy person, that’s who. 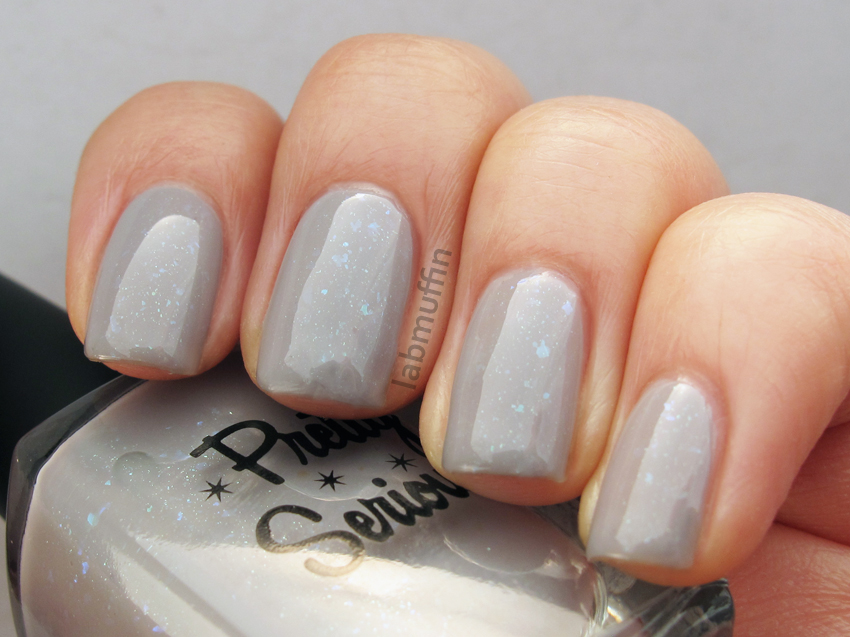 After bouncing ideas around for a bit, we hit on the idea of a work safe polish with a difference. I have lots of friends who lament about their inability to wear pretty indie glitters at work – while this won’t get you reported to HR, it has enough subtle flakies to keep you feeling pretty! To get the flakies to show through, the base had to be sheered down to my favourite sort of creme finish – a jelly-like creme that still easily builds up to an opaque finish in 2-3 coats. 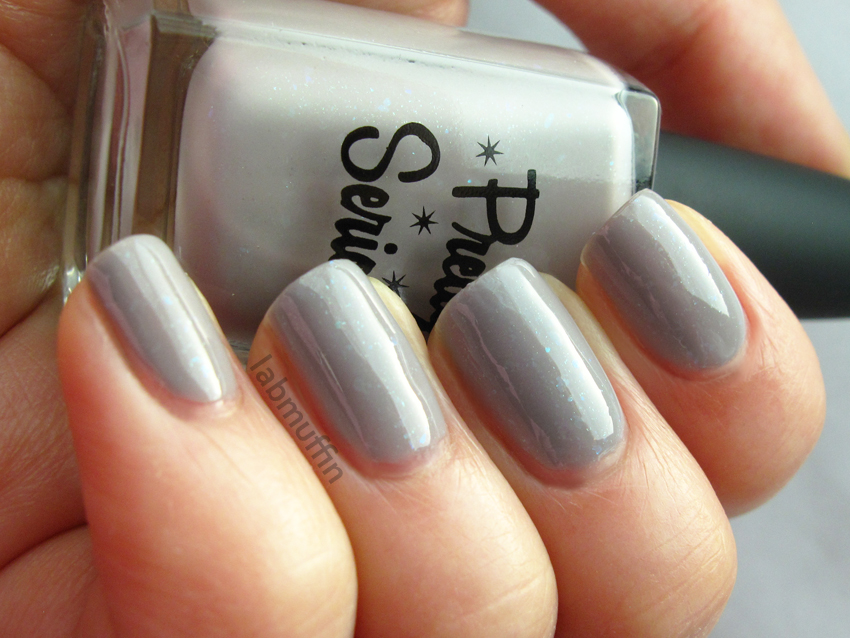 And so Undercover Mermaid was born! It’s a soft lavender grey – the colour Ariel would pick for her office clamshell bra. There’s enough sparkle to be noticeable, not enough to be unprofessional. They’re green but shift to a purpley blue at extreme angles. There’s a smattering of green shimmer in there too. 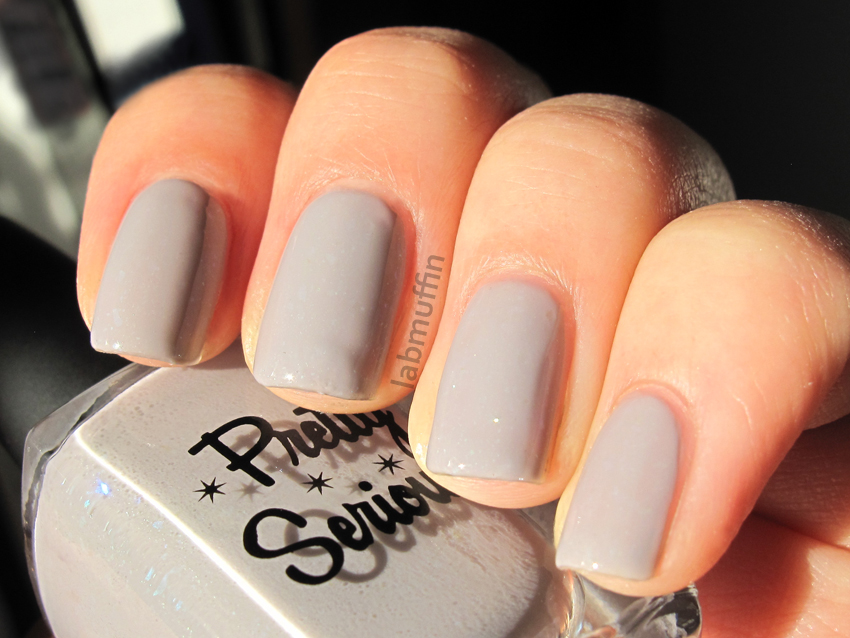 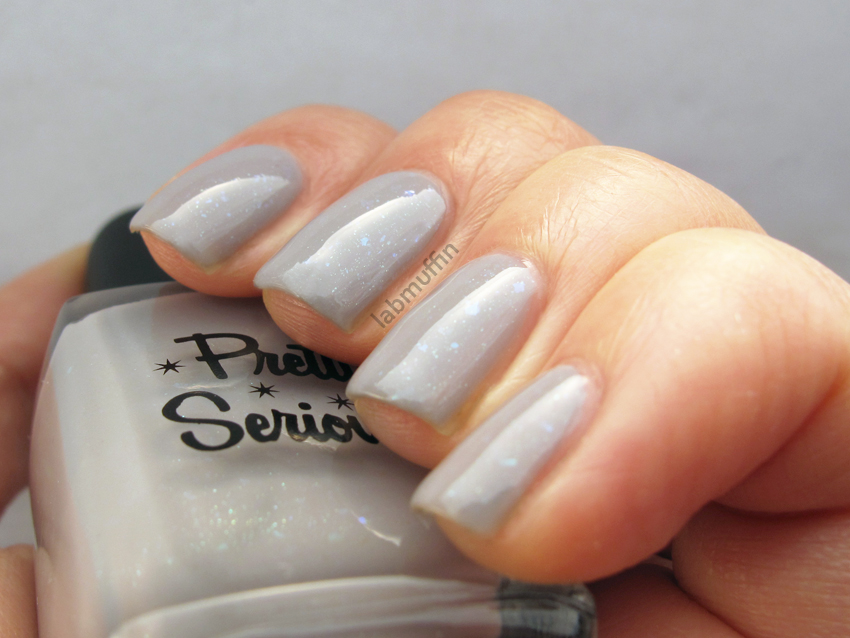 Undercover Mermaid will be on sale next Wednesday 9 am AEST. There will be a few other blogger collaboration shades too – keep your eyes on the Pretty Serious Facebook page for the next reveal! 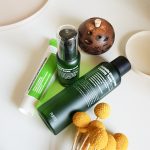 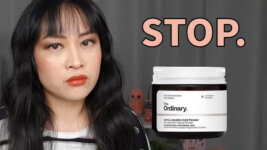 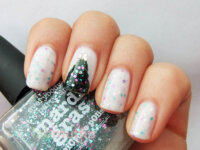