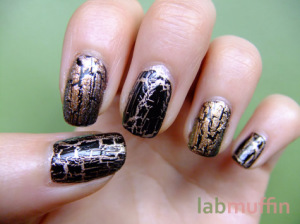 My boyfriend suggested this when I received my China Glaze Cracked Medallion in the mail from eBay, and despite my initial skepticism (his other good ideas include things like rainbow board shorts and jumping off tall buildings in wingsuits), I think it turned out really well! 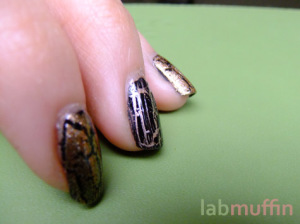 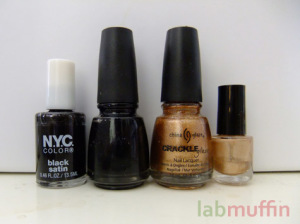 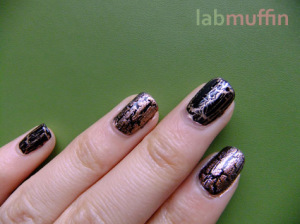 The black and gold crackles are fairly different creatures, but the duo still works pretty well. I think alternating creme crackles would be perfect but black and gold is a nice combination. 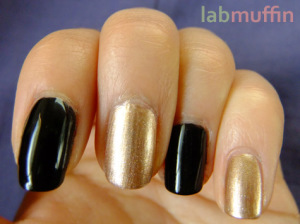 I wore the base around for a day before putting on the crackle so it could dry properly. I got some strange looks. Note to self – alternating nail polish is out with the general population 🙁 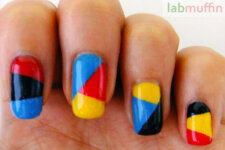 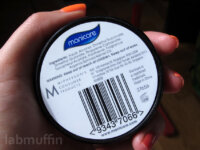 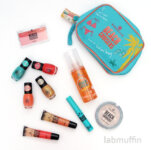