I’ve been asked a lot for my opinion on a recent article on whether vitamin C serums are bad for your skin. In the article, Wendy explains why Oumere will never have a vitamin C serum in their line. She outlines that vitamin C can:

Let’s take a look at both of these arguments.

While in some circumstances vitamin C can act as a pro-oxidant after it reacts with metals and potentially lead to collagen destruction, vitamin C is also known to have effects that are the exact opposite: 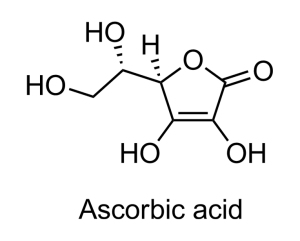 So how do we tell which of these actions, pro-oxidant or antioxidant, wins out? Science, of course! More specifically, we have quite a lot of clinical trials on vitamin C where vitamin C serums are applied to actual human skin, and its effect is measured. Vitamin C is one of THE best researched skincare ingredients.

None of the clinical trials on topical vitamin C (that’s vitamin C applied to the skin) found a decrease in collagen. In fact, a whole bunch of studies found that vitamin C increased collagen. In these studies, the volunteers were also exposed to air pollution and other cosmetic products, which were proposed to be the sources of metals that would cause a pro-oxidant effect in the article. Clearly the antioxidant effect is winning.

Related Post: Antioxidants in Skincare: What Do They Do?

Most studies on vitamin C measure its effect on photodamage. These studies generally measure the effect of vitamin C on wrinkles. While this isn’t a direct measure of collagen, lack of collagen causes deeper wrinkles, so if vitamin C was having a pro-oxidant effect you’d see a worsening of photodamage (which is actually caused partially by increased oxidation). In these studies, vitamin C improved photodamage:

In these studies, vitamin C (and vitamin C derivatives) reduced pigmentation, which would be worsened with more oxidation:

On a more anecdotal note, I worked on anion receptors in my PhD, and synthesised some scaffolds that bound to divalent (2+) cations like copper really well. I didn’t take any special precautions and my lab was located pretty close to the CBD, and I never had any detectable contamination from ions in air pollution, or the tap water or detergents we used for cleaning our glassware – the amounts present are really really small. 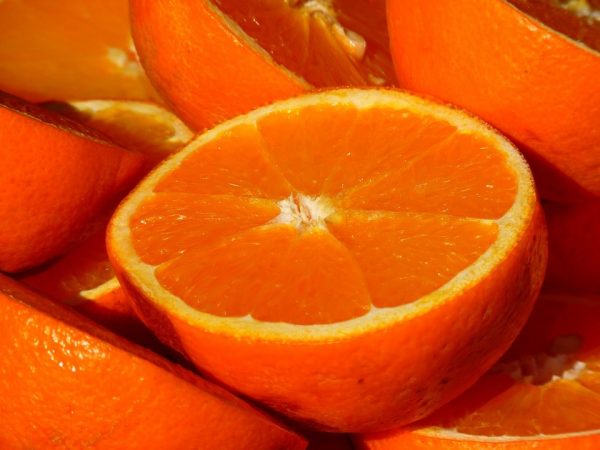 Tachyphylaxis and Tolerance and Vitamin C

What are Tachyphylaxis and Tolerance?

My PhD was in medicinal chemistry, so talking nerdy about pharmacology is my jam. I had to double check what tachyphylaxis means, and I think Wendy actually meant regular tolerance in her post. Tachyphylaxis is more commonly known as short term desensitisation, and it very rarely happens with a few drugs, where a second dose too soon after the first dose has an extremely decreased effect. Psychedelic drugs are a common example – a dose of LSD the day after the first dose won’t cause the user to “trip”. To get the same effects as the first day, there needs to be a break of a week or so or the dose needs to be increased massively.

Regular tolerance is when your body responds far less to a medication or drug after a while. For example, if you take antihistamines long-term, you may gradually need to take more to get the same effect. Caffeine in your coffee also works like this – when you start you might only need one coffee to perk up, but after a few weeks you can handle 4 coffees and you’re still half-asleep by mid-afternoon. 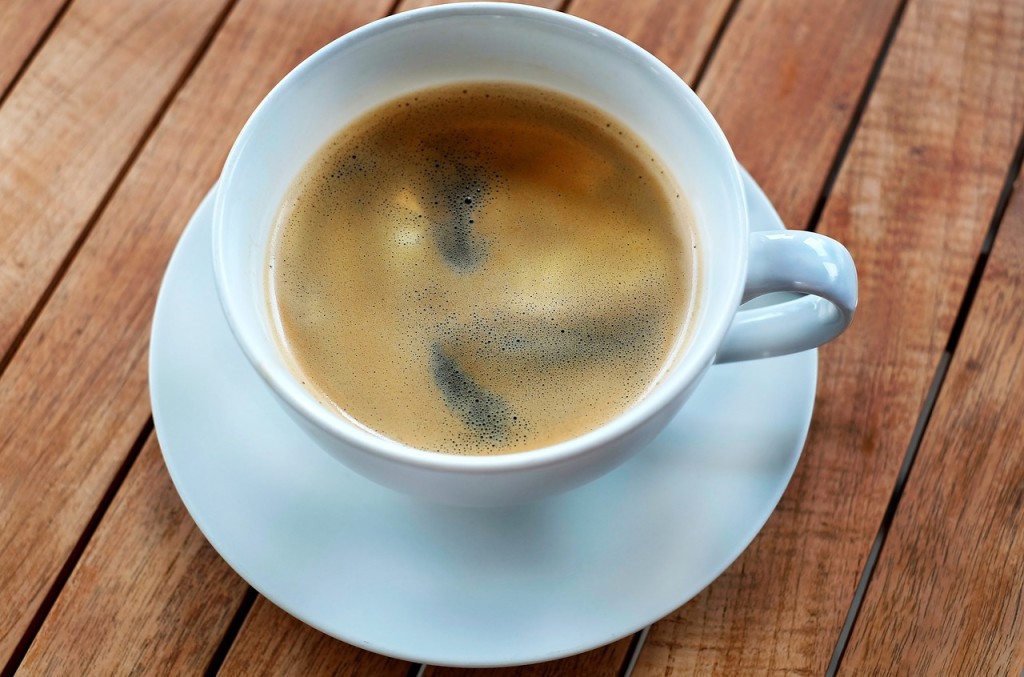 Related Post: Are unsaturated oils bad for your skin?

Tolerance can also be beneficial. For example, snake handlers are sometimes exposed to increasing amounts of snake poison until they can survive otherwise lethal quantities of snake poison in case they’re bitten in their line of work. We also use tolerance when we “get used” to treatments like retinoids – you slowly introduce the product, and your skin gets more tolerant to the dryness and irritation effects (but not to the beneficial anti-inflammatory, clog-clearing effects).

But tolerance doesn’t happen with all drugs. For example, the common over-the-counter painkiller paracetamol (also called acetaminophen, sold as Panadol and Tylenol) doesn’t cause tolerance, so you can take it regularly for very long periods of time and it’ll still keep working the same. You also don’t develop tolerance to benzoyl peroxide in acne treatments.

Is Tolerance to Vitamin C Likely?

The way tolerance builds is generally to do with a decrease in the sensitivity of the receptors that recognise the substance and cause the response, or a decrease in the number of receptors. For orally administered drugs, it can also involve the liver’s metabolic pathways.

There’s no evidence to suggest that we build a tolerance to vitamin C. I’d argue that it’s unlikely since its mechanisms of action (as far as we know) don’t involve receptors.

If Tolerance Occurs… So What?

But let’s say tachyphylaxis or tolerance does happen – this still isn’t a problem! Even when tachyphylaxis and tolerance occur, it reverses once you stop taking it for a while, and smaller doses will be more potent again. Tachyphylaxis from psychedelic drugs pretty much resets after a break of a week. Caffeine tolerance resets in around a week of going cold turkey as well.

A short break will be enough to undo any potential vitamin C tolerance, so you don’t need to worry that “using a vitamin C serum too early in one’s life will make your body less inclined to have the positive skin benefits later on when you really need it.” 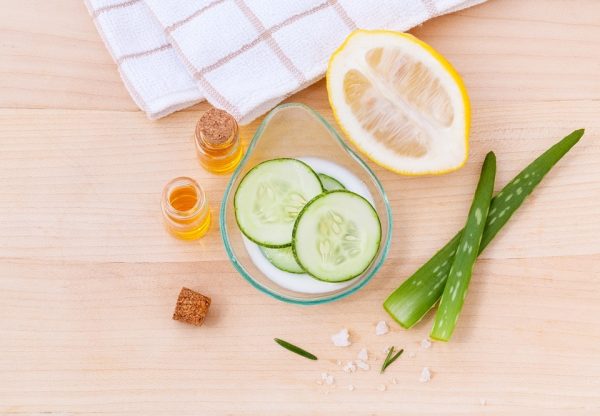 There are a few examples of drugs that will lower tolerance for a longer time (years) like amphetamines, but this is because amphetamines actually kill off the brain cells on which they act since they’re neurotoxic. But even that will usually reset after a year or so – and there’s no evidence that vitamin C kills any cells.

(It’s also possible to have a dose that doesn’t cause increased tolerance, so you can use this amount continually and still see the same benefits for long periods of time. Most people will eventually find the right plateau with their daily coffee hit.)

It’s unlikely that vitamin C causes tolerance, and even if it does, it’s almost definitely going to be very easily reversed with a few weeks’ break.

This is actually a really good illustration of why theoretical mechanisms are well and good, but we still need clinical evidence. What happens in a test tube, or a cell line, or an animal study, may not happen when you apply a product on your skin, because biological systems are complex and lots of other effects can occur at the same time and outweigh a single effect. In the absence of better data we’re forced to rely on theoretical mechanisms and analogies, but data from experiments that are close to the real life situation will always overrule these hypotheses.

It’s the same story with a lot of other ingredients in cosmetic products like sunscreens, which could theoretically cause more cancer because of decreased vitamin D, but actually prevents more cancer. Even sugar is a bit like this: it could theoretically make you lose weight since your body uses energy to digest it, and it absorbs water so it could potentially act as a laxative, but actually makes you gain weight because it’s metabolised to produce energy and absorbed well before it reaches the large intestine.