I’m really spoiled at the moment with lots of great Aussie polishes to review! As you might know, Loki’s Lacquer (Etsy store here) is a little Aussie indie brand I’m quite fond of. Tara’s recently released a Christmas collection, and I have them in my hot little hands. They’re stunning, with a heavy emphasis on holographic shimmer (get ready for lots of out-of-focus shots) – I squealed a bit when I opened them on the train, which probably confirmed a million terrible stereotypes about short Asian girls. Anyhoo, without further ado, here are the 6 beauties: 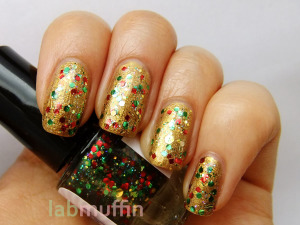 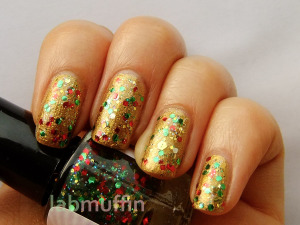 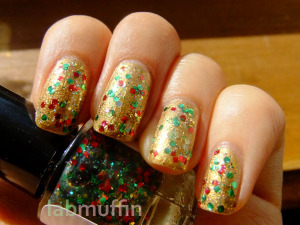 Merry Christmas! – This screams Christmas at a million decibels, and is probably too Christmassy to wear at any other time, but who cares, it’s CHRISTMAS! It looks like the jumble of tacky foil banners from my childhood Christmas memories. I think/hope my mum’s gotten rid of them now, but seeing this polish gave me terrible deja vu… this will definitely be my Christmas Day mani! One coat over Orly Flare. 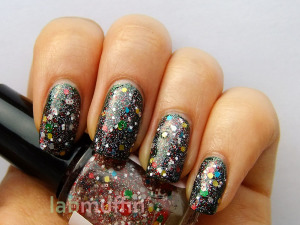 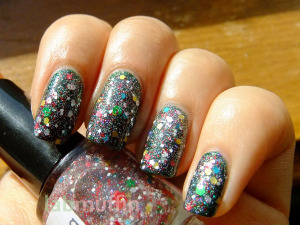 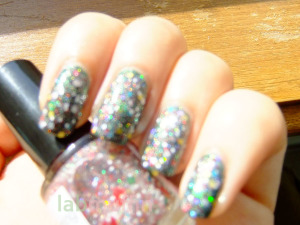 Trimming the Tree – This is inspired by the mish mash of baubles you end up with when you let kids decorate a tree – but I actually think it looks pretty neat actually, like those red and white shopping mall trees. It’s heavy on red and white glitter, with a tasteful amount of yellow, green and blue “baubles” thrown in, and some holo sparkle too that’s more obvious in person than in my photos. Dabbed over China Glaze Glittering Garland. 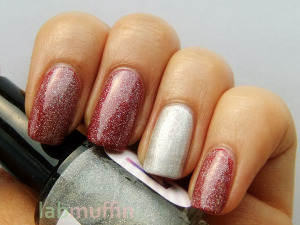 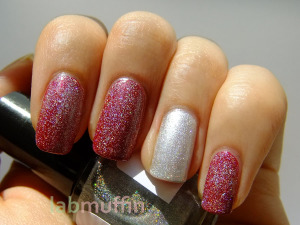 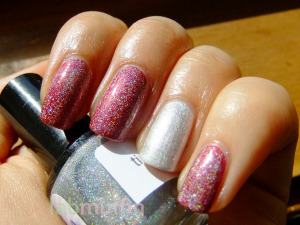 Tinsel – Tinsel is one of two topcoats in this range – it’s a holo topcoat, which combines fine linear holo pigment with coarser, “blingier” holo microglitter, giving you the best in linear and sparkly holo awesomeness. The holo was more linear in person. This is one coat over ulta3 Silver Grey and Foxy Russet – as you can see, it’s very dense. 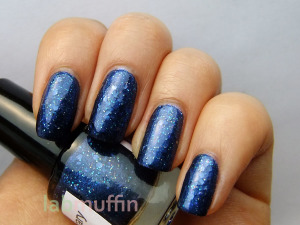 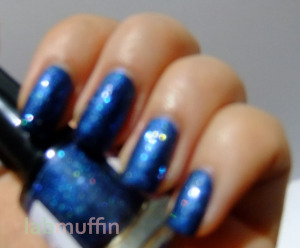 O’ Starry Night – This is a deep blue shimmer with subtle blue matte hexes and small silver holo glitter “stars”. It’s a very elegant looking polish, but still festive, and would make a great base for galaxy manis! One coat over a plain black creme. 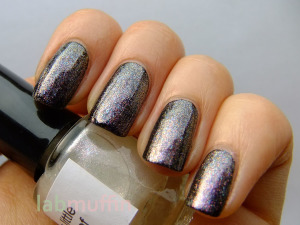 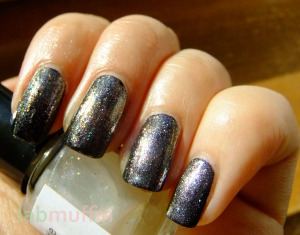 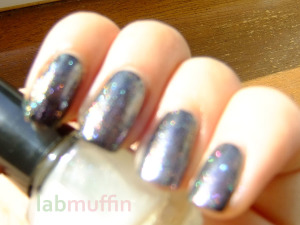 A Little Bit of Magic – This is the other topcoat in the collection. It’s a subtle pearly/iridescent mix of red, blue, green and aqua inspired by the Northern Lights. It’s quite similar to Ozotic Beam 906, but with more green particles. This is one coat over black creme. 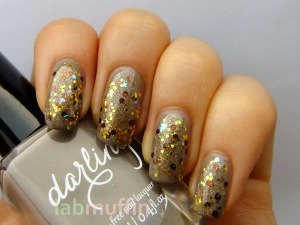 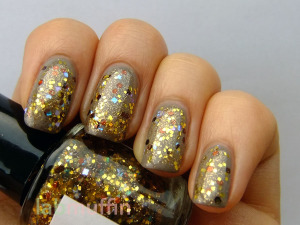 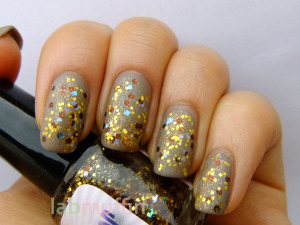 3 Wise Men – I’ve saved my favourite til last! I put this on intending to just swatch it, but I ended up wearing it for 3 days, because I just loved it so much. This is a clever play on the three gifts of gold, frankincense and myrrh, represented by gold squares and microglitter, iridescent purple/teal squares and brown hex glitter. On paper it’s an unlikely combo, but visually it just works. It’s actually quite a sophisticated glitter, and wearable all year round – I’m going to be using this one a lot! One coat swatched over Darling Fifty, a lovely taupe, and the last one is with matte topcoat.

Overall verdict: I love this collection – it really captures Christmas! The variation in polish types was also great – as well as the gaudy Christmas sparkles of Merry Christmas! and Trimming the Tree, the topcoats Tinsel and A Little Bit of Magic are very versatile, and O’ Starry Night and 3 Wise Men are sophisticated enough to wear year-round. The formulas were all great – the glitters applied more evenly than most, and a bit of quick dabbing to move the glitters around a bit fixed any unevenness.

You can purchase Loki’s Lacquers here – there are some amazing package deals on offer! 🙂

These products were provided for review, which did not affect my opinion – they are really as awesome as they look! For more information, see Disclosure Policy 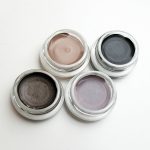 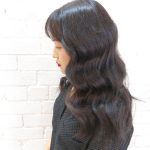 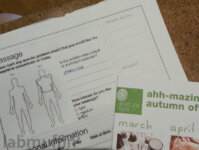