Skip to content
Affiliate Disclosure: I receive a small commission for purchases made via affiliate links.
Sponsored Affiliate Links

Retinol is one of the most popular anti-aging skincare ingredients, but it’s also one of the trickiest when it comes to choosing a product, and one of the ones where looking at the percentage and analysing the INCI list doesn’t quite cut it.

There’s a common perception that drugstore skincare is ineffective, and only brands that prominently advertise active ingredient percentages are worth using. But this ignores the fact that a lot of mass-market brands have parent companies with the resources to conduct more rigorous research. Many of them produce pharmaceutical products as well, so they have greater expertise in creating effective formulas.

In today’s post, I’m going to be talking about some of the issues with retinol products, and how Neutrogena Rapid Wrinkle Repair Regenerating Cream gets around these. Their parent company Johnson & Johnson released Renova, the first anti-aging tretinoin formulation in 1995, and they conduct and publish a lot of original research on retinol and other skincare ingredients. 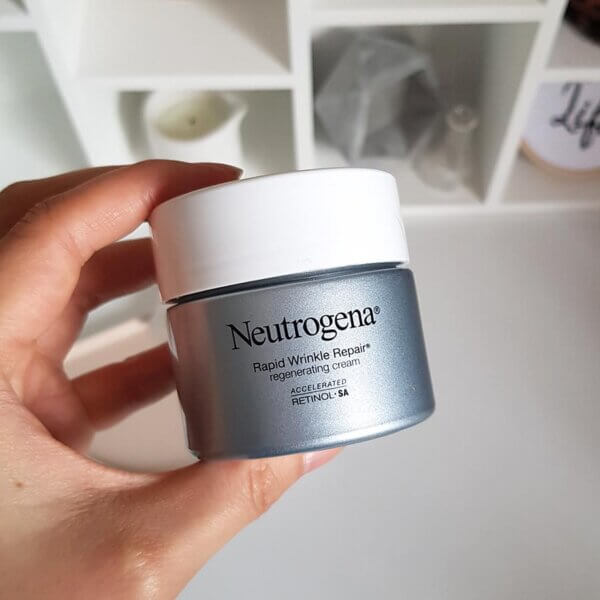 1 What is retinol?
2 Issues with retinol

Retinol is a vitamin A derivative (a retinoid). Once it’s in your skin, it’s converted to retinaldehyde then retinoic acid or tretinoin, the active form. Tretinoin is a prescription-only skincare ingredient (it’s the active ingredient in Retin-A), but retinol is widely available in cosmetic products, and it’s the most popular vitamin A derivative.

Since two conversion steps are necessary for retinol to become active, it isn’t as potent as tretinoin, as not all of it will convert at the same time. This is why we find higher percentages of retinol in skincare products than tretinoin. The conversion of retinol to retinaldehyde is also reversible, so retinol has a sort of “depot” effect, where it stays in the skin and is slowly converted to tretinoin. 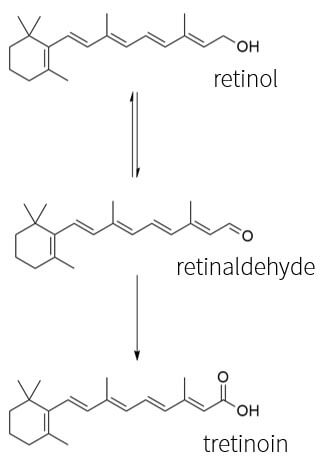 Once in the skin, it works to increase skin turnover – in other words, it speeds up cell renewal, so older cells slough off faster and newer cells are produced more rapidly. This is a process that slows down with age, hence why it’s an anti-aging ingredient. In the process, pigmentation is faded, skin texture improves and lines and wrinkles are less obvious.

One of the big issues with retinol is stability. Retinol breaks down when exposed to oxygen and light, but there are lots of ways that it can be stabilised. Obviously, if retinol isn’t adequately stabilised, it’ll break down and you’ll have negligible concentrations left in the product by the time you apply it. This stability problem is one of the main reasons looking at the percentage of retinol isn’t all that helpful when comparing retinol products. Even if 1% was placed in the product at the start, by the time you use it on your skin, there might be negligible retinol left.

There’s a lot of variation in the market. For example, one popular brand’s budget-friendly retinol product that comes in a dark dropper bottle has to be kept in the fridge, and you’re still meant to throw it out after 3 months. On the other hand, Neutrogena’s Rapid Wrinkle Repair Regenerating Cream comes in a jar – traditionally assumed to be an unstable form of packaging – and has an impressive period-after-opening (PAO) of 24 months, thanks to its effective stabilisation. 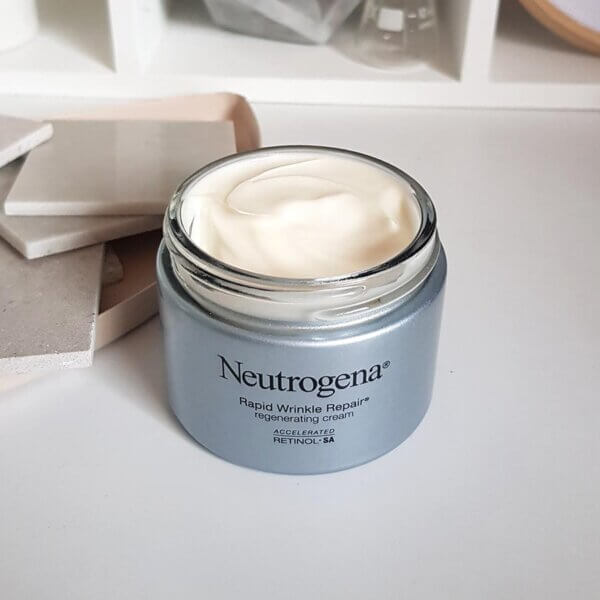 Absorption is also a problem. Skin has evolved to be very resilient, which means it can be difficult to deliver active ingredients into the skin, especially since retinoids need to penetrate to work.

While retinol is very potent, it’s also pretty irritating, with dryness, redness and flakiness being very common. The irritation depends a lot on the formula – for example, creams tend to be less irritating than gels, and time-release formulations that deliver retinoids slowly into skin are gentler.

Neutrogena’s Rapid Wrinkle Repair range uses Accelerated Retinol SA, which uses retinol SA (SA stands for sustained action), glucose complex (Myrtus Communis leaf extract), and hyaluronic acid. This combination speeds up the action of retinol, and helps fortify the skin barrier to reduce irritation and rapidly fades fine lines and wrinkles. The “sustained action” part refers to the patented blend of emollients in the cream, which optimises and slows down the delivery of retinol into the skin to minimise irritation.

As I’ve discussed before in my post on anecdotal evidence, one of the best things to look for is testing on the finished product. For Neutrogena Rapid Wrinkle Repair Regenerating Cream, the delivery of retinol into the skin (where it needs to be to work) has been tested. There are also clinical tests on its ability to fade the look of crow’s feet and forehead and cheek wrinkles, improve the appearance of undereye wrinkles and smooths fine lines and brightens skin tone. Impressively, 100% of women in their test had noticeable results after just 1 week of use. 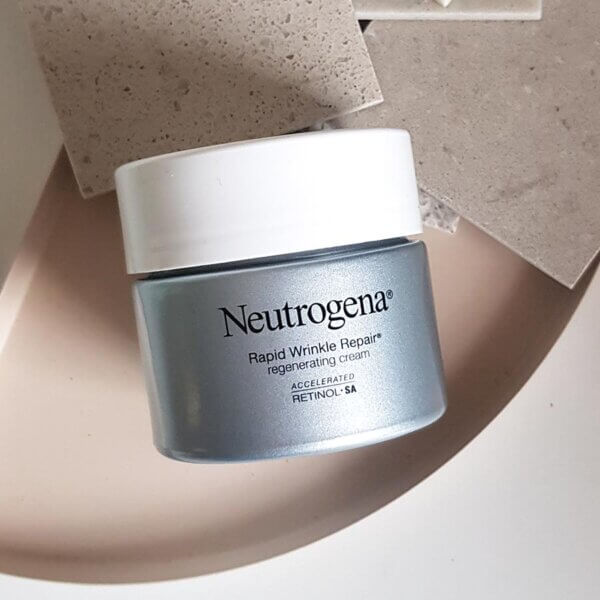 I personally found Neutrogena Rapid Wrinkle Repair Regenerating Cream really nice to use. It’s a richer texture that works well for my skin in drier weather, and when it’s dehydrated – I’d expect it works well for people with normal to dry skin as well.

Since my skin has already adjusted to using a prescription tretinoin cream twice a week, unsurprisingly I had no irritation from this even when using it every night. The directions say you can apply a pea-sized amount twice a day. I’ve found myself reaching for this on nights when my skin is too irritated for tretinoin. This cream has also been handy for using around my eyes. I usually avoid my eye area when I’m applying my tretinoin cream, since it can be a bit too irritating for the thinner skin there, but it’s one of the spots where I’m starting to see wrinkles. Rapid Wrinkle Repair Regenerating Cream is gentle enough for me to apply on my crow’s feet.

It has a light cucumber-floral scent – if you prefer no fragrance, there’s also a fragrance-free version of this cream.

Do you use a retinoid? How have you incorporated it into your skincare routine?

This post is sponsored by Neutrogena; however, the content is all based on my independent research and my honest experience. For more information, see Disclosure Policy. 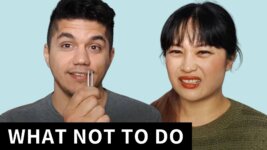 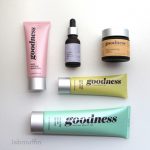 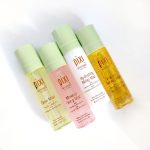