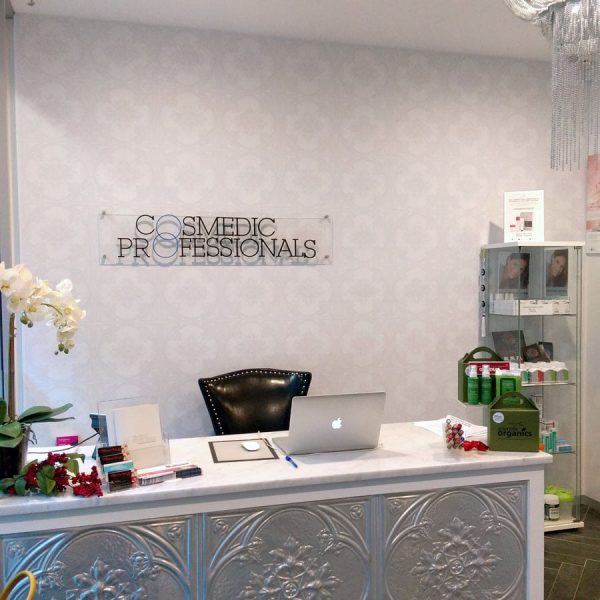 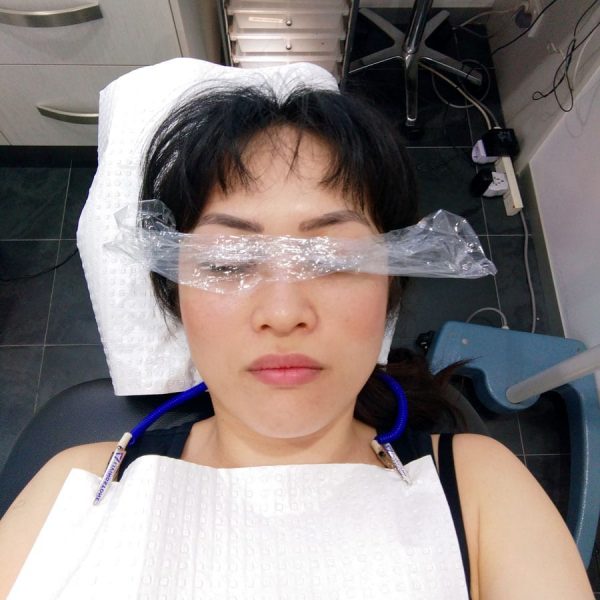 Why did I volunteer for this oh god

I was originally a bit worried about whether I’d ruin the eyeliner by twitching and scrunching up my eyes too much, but Rita’s been doing this for decades, so she assured me that she’d be holding my lids down firmly the entire time.

She first did a quick line across my eyelids, then applied more numbing cream so it could get through more effectively through the broken skin.

Then she went in on each eye two more times to finish the lines, with some firm wipe-downs of the dye in between, and it was done in just 15 minutes! I was super impressed by the speed, since my previous microblading experience took ages since they draw on each stroke individually.

How much does semi-permanent eyeliner tattooing hurt?

As per usual, here’s my detailed breakdown of the pain level.

The first line stung a little, like a scratch… but then the rest barely hurt! The worst of it was briefly in the inner corners, which felt like when you stab yourself with the end of a false eyelash. The rest of it felt like drawing on eyeliner with a slightly draggy eyeliner pencil. My eyes felt very raw though, as if I’d been ugly-crying for a day.

I did flinch a lot which made me feel like I was ruining my eyeliner, but halfway through I discovered that focusing on breathing helped a lot with flinching (except for those pesky inner corners). While the tattooing was happening, the raw feeling almost felt like I’d never be able to open my eyes again… but to my surprise it was barely an issue afterwards!

The pain never got worse than the raw ugly-crying feeling at any point during the process, which was a lot better than the microblading pain.

After the tattooing, Rita put some eyedrops in to flush out any bits of dye that got into my eyes, took some “after” shots (with very watery eyes) and then I was done (the labels are switched around in the photo here). 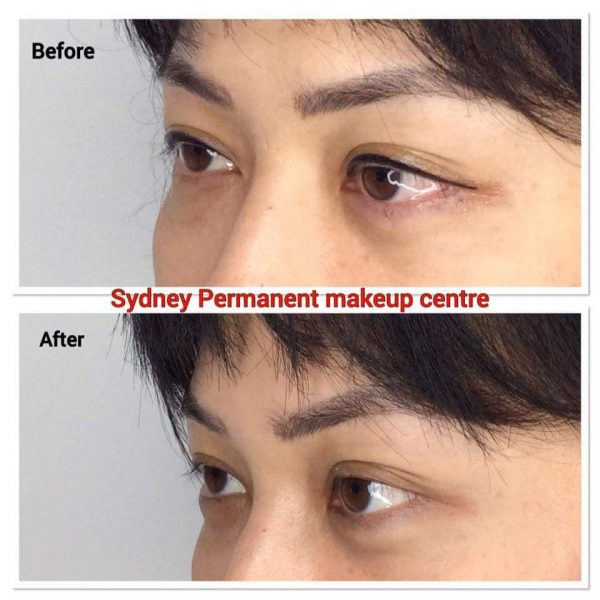 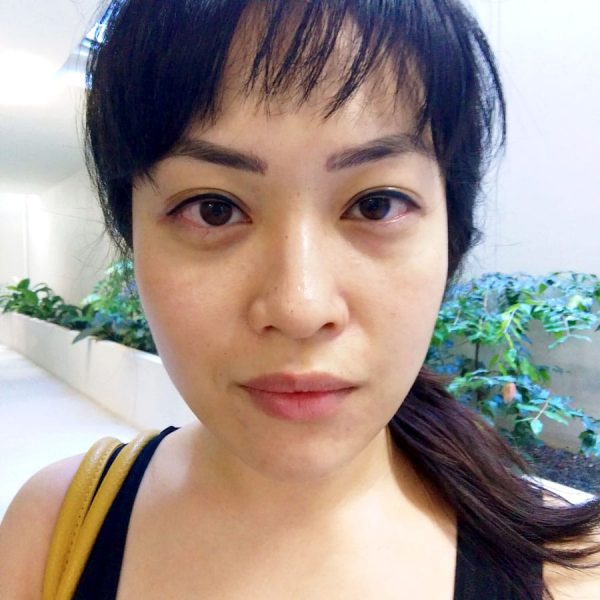 I was a bit worried about having to drive home for an hour on an incredibly hot and sunny day with the air con on at full blast, but it was fine, apart from the raw dry eye feeling. It was actually way better than if I’d been crying, because my eyes weren’t swollen at all, so my vision was fine except for being slightly more light-sensitive than usual! The eyeliner looked great, so many selfies were taken.

I didn’t have any swelling at all for the first day until right before I went to sleep 10 hours later, when the edges of my eyelids turned into speed bumps. 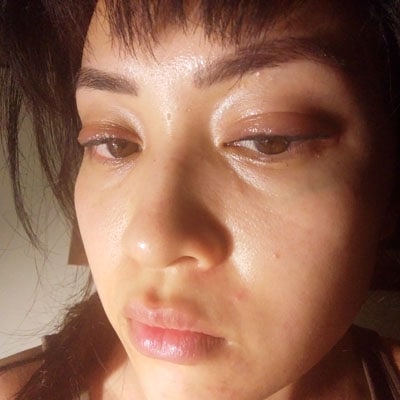 But the next day, the Great Swell began. 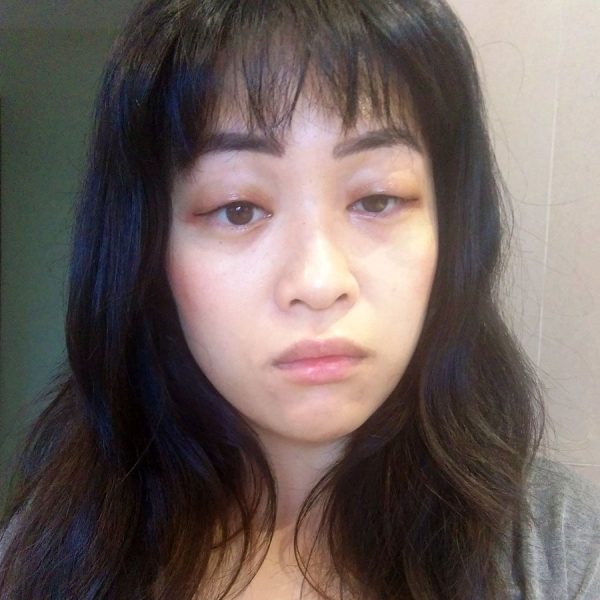 Whoop there it is

I went to work looking like this with a pair of sunglasses. One of my friends sent me a photo of Quasimodo.

It died down enough by the afternoon for one of my students to just tell me I looked tired and ask if it was because he was being a pain in the ass. I was actually tired as hell because it turns out that having dry and swollen eyes all damn day is exhausting. Here it is 28 hours after the initial procedure: 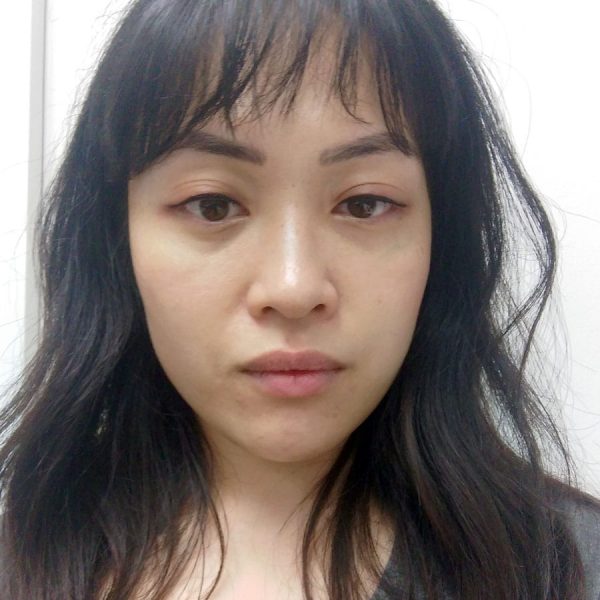 My eyes were fine the next day, except for a tiny bit of swelling, and the tightness as the scabs started to form, which made my eyes look very slightly smaller than usual. 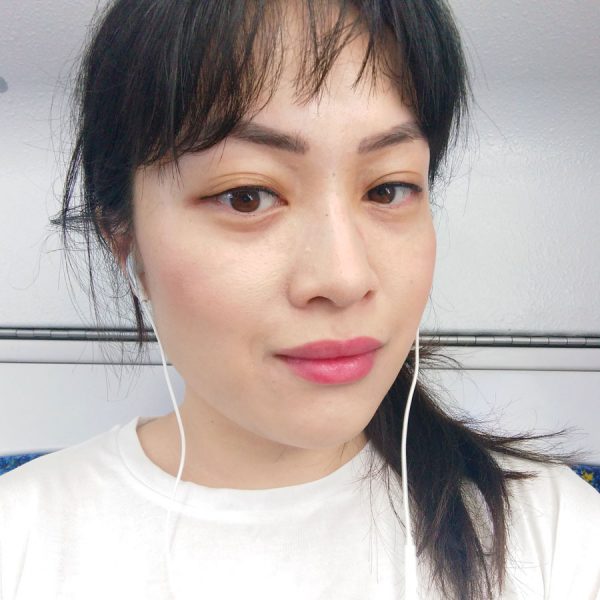 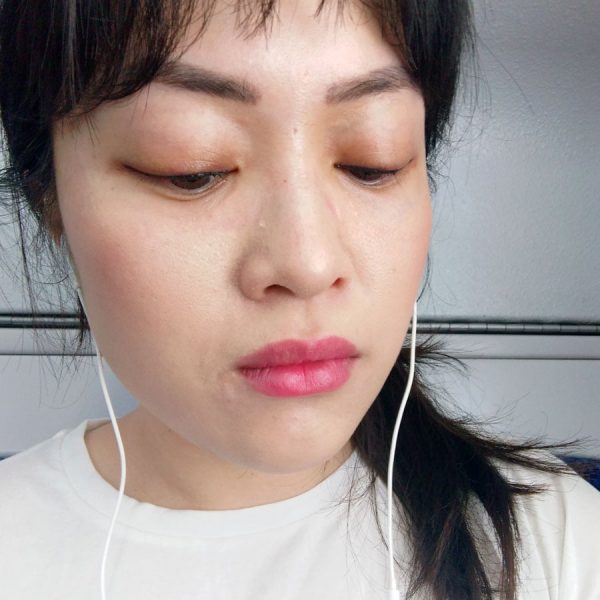 So if you’re getting this done, there’s only about a day of down-time where you definitely do not want photos taken. After that, it’s pretty unnoticeable! The scabbing and crusting was black, so it mostly blended in and just looked like glossy eyeliner unless you were up really close. 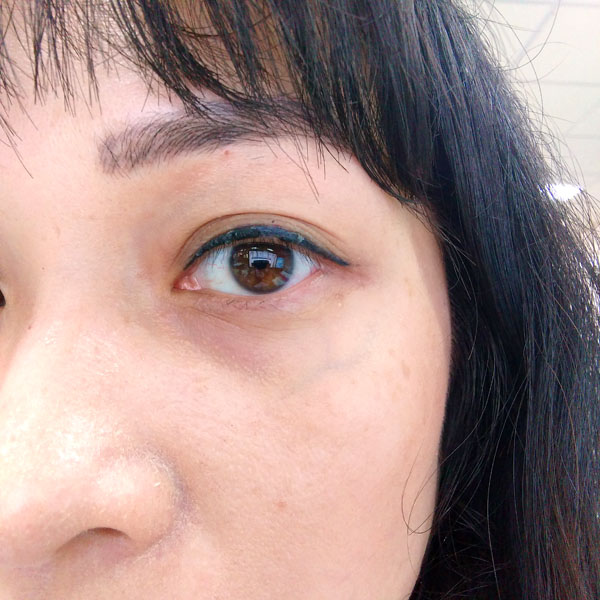 Here are the instructions I was given:

I applied Vaseline and coconut oil with a cotton bud on the eyeliner for two weeks, but I did do a little bit of crying during that time so there was some salt water exposure. The scabs mostly came off on the cotton bud during application, and because the line was so thin there wasn’t much itching at all, just that tight feeling until it cracked a few days later.

I usually wear Ortho-K contact lenses at night, so I skipped a couple of nights and was slightly blind on Day 2, but after that it went back to normal. Overall, the healing was much less of a bother than for microblading. 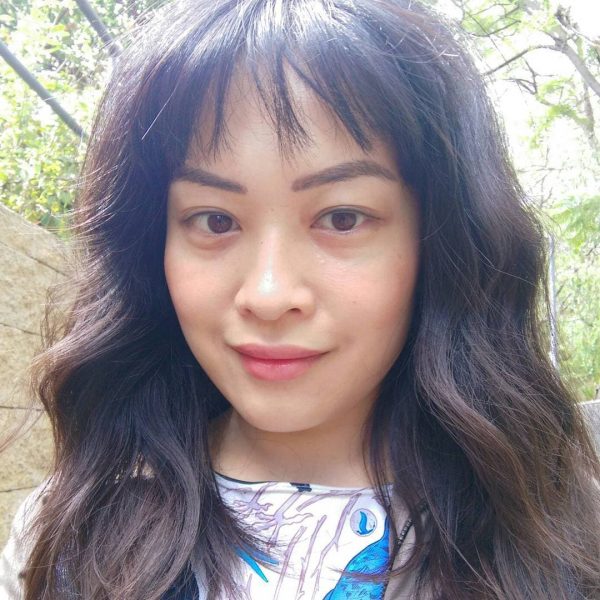 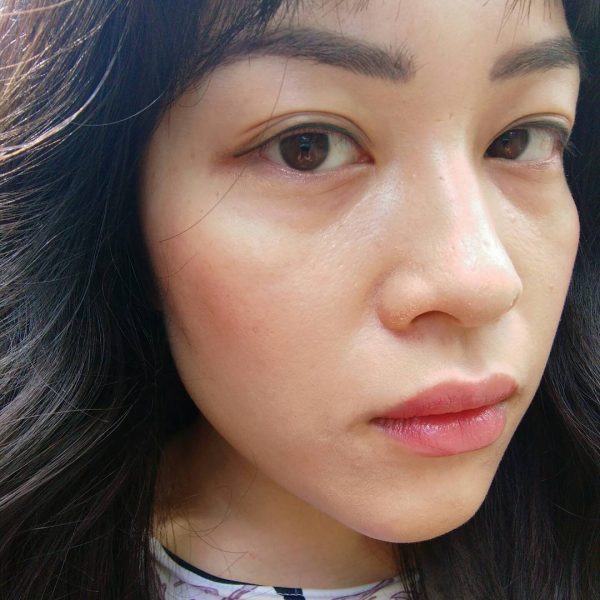 I’m really happy with the process and the results. The procedure itself was way way less painful and scary than I thought it would be, and the healing process was much less annoying than for microblading, which involved a much larger area.

My eyelids are super oily, so normally eyeliner transfers to my lower lid and smudges during the day – this stays intact all through exercise and crying and Australian summer heat. I still add a bit more eyeliner for special occasions, but for everyday make-up this has been fantastic.

Sydney Permanent Make-Up Centre is located in Five Dock, Sydney and they do lots of procedures apart from semi-permanent eyeliner. You can find more details on their website and see more results on their Instagram account.

This service was gifted for editorial consideration, but this is my honest opinion. For more information, see Disclosure Policy.