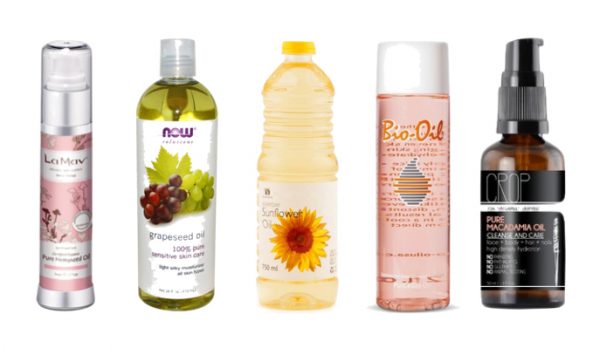 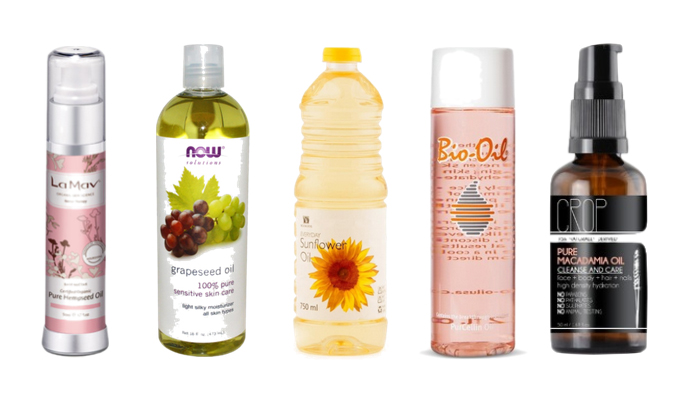 Since I posted the Beginner’s Guide to Oil Cleansing, a few people have asked me which oils I’ve tried for oil cleansing and what I thought of them, so here’s a quick rundown of my experience. A few things to note:

With that out of the way, here are all the oils I’ve tried so far:

Olive oil is high in oleic acid, which gives it a thick, rich feel and has a higher chance of comedogenicity (causing pimples). There are mixed reports about whether olive oil is helpful or hurtful in skincare, which I would bet is partly because of the crazy amount of contaminated olive oil out there (from that last article, apparently Italy sells 3 times as much olive oil as it produces, and only 4% of exported Italian olive oil is pure).

This was the first oil I tried for oil cleansing. Cobram Estate seems to be legit, so I wasn’t too worried about the contamination issue. I did find it thicker and stickier than I liked though, so it tended to hang around on my shower tiles, plus it smelled strongly of olive oil which made me hungry.

Verdict: Might be good for dry skin, but do your research and beware of widespread contamination.

I ran out of make-up remover in Switzerland and my skin was feeling dry, so I grabbed the oil from the kitchen and tried cleansing with it. My skin ended up looking better than ever! I put it down to the high linoleic acid content. It’s light, less likely to clog pores and might help reduce acne, though I can’t pretend I have anything but unreliable anecdotal evidence on that front. It was the oil that really got me back into oil cleansing, and I’m sure I’ll come back to it… after I’ve tried all the other oils! It was mildly scented.

Verdict: Fantastic basic oil, suitable for most skin. No complaints! Be aware that sunflower oil for cooking may be “high oleic”, which will work differently.

I found the feel of grapeseed oil quite similar to sunflower oil, but it felt less effective – it was a bit too light for my liking I think (probably due to an even higher proportion of linoleic acid than sunflower). It’s very mildly scented.

I haven’t tried a macadamia oil that’s sold for cooking – this one is part of Crop’s selection of oils, marketed for skincare, available in the supermarket. It comes in a handy pump bottle and comes out clear and scent-free. It’s a little heavier than sunflower and grapeseed oil, but I didn’t really mind it. It has a higher oleic acid content.

Jojoba oil is a weird oil – it contains wax esters, much like natural skin sebum. This worked nicely, but I wasn’t completely enamoured with it. I guess it felt a bit too much like sebum. It had no strong smell.

Verdict: Much like sebum, should work for a lot of people but I didn’t like the feel.

This has more oleic acid than linoleic acid, but I didn’t find it that much thicker to use. I don’t feel like I’ve given this enough of a go to give a strong opinion on it. Again, this has no strong smell.

There are cheaper mineral oils available, but the one most commonly recommended in skincare forums (Snow River Wood Oil) isn’t easily available in Australia, and I had this handy so I tried it. It left my skin fantastically soft and plump, but I was a bit concerned that it was affecting my layering and that my water-soluble AHA wasn’t all getting through to my skin. I’ve decided not to use it on nights when I’m using water-soluble products though. Bio Oil is also fragranced – I think it smells beautiful and had no issues with the fragrance, but people with sensitive skin or who dislike scent will want to go for something plainer (Johnson & Johnson have some unfragranced baby oil in Australia that might be worth a go). Note: mineral oil is probably THE safest oil for sensitive skinned people to try, because it never goes off and doesn’t change on your skin.

Verdict: Great oil, especially for sensitive skin (go for fragrance-free), may potentially be too occlusive for use before water-soluble products (AHAs etc.).

I liked the feel of this but the thing that really stuck in my mind was the smell – La Mav’s hempseed oil is a deep murky green, probably from minimal processing. This means that it’s probably got a higher antioxidant and vitamin content, but at the same time, it smells really strongly. I don’t mind the grassy smell, but I can imagine that some people would hate it. I feel a little wasteful using this for oil cleansing, I want the nutrients to stay on my skin as long as possible! I usually mix this with another oil to make it go further.

Verdict: Good but a bit stinky, nutrients don’t have much of a chance to get into the skin when used for cleansing.

And that’s all for now! I didn’t realise how much of an oil addict I was before. There are a few more oils I’d like to try for oil cleansing (safflower and meadowfoam come to mind), so this isn’t the end of it! I hope this was useful for those of you who are looking for a new oil to try.

Products marked * were provided for editorial consideration, which did not affect my opinion. For more information, see Disclosure Policy. 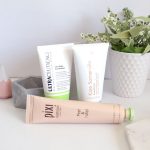 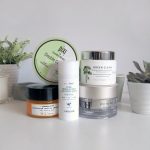 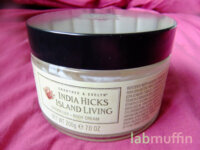