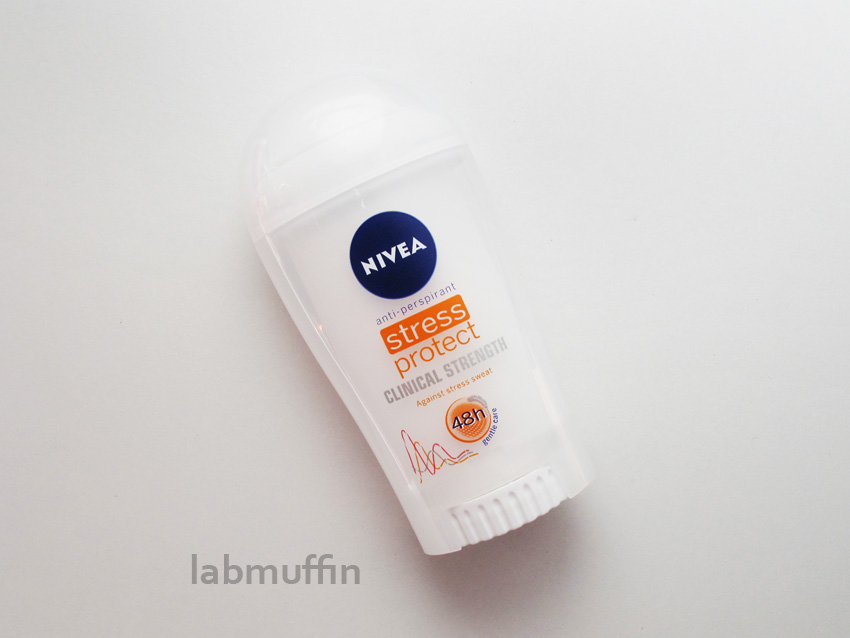 My go-to antiperspirant deodorant, Nivea Stress Protect, has recently come out with a clinical strength version, and since it’s been a while since I blogged about underarm matters, I thought it was time to revisit the basics of sweat science…

What’s the difference between deodorant and antiperspirant?

Deodorant targets smell. It usually contains fragrance, and sometimes antibacterials too to kill the bacteria which feed on your sweat and create body odour. They won’t stop you from getting wet armpits though – that’s the job of antiperspirants, which stop perspiration (sweating). Antiperspirants are usually combined with deodorant.

How do antiperspirants work?

Antiperspirants contain aluminium salts. These react with small amounts of sweat to form a gel plug which blocks off the sweat gland. The plug comes out later as your skin cells shed.

There are two types of sweat: thermal sweat and stress sweating. Thermal sweat cools your body down when it’s hot or if you exercise, and is quite watery (99% water). It comes out of eccrine glands found all over your body. Stress sweat is sometimes called a “cold sweat” – it comes from adrenalin-fueled nervousness or anxiousness, and appears mainly in the armpits and groin from the apocrine glands. It contains less water and more proteins and lipids (about 20%), which bacteria feed off, and hence it tends to smell more (it’s mainly the bacteria that make body odour, not you!). Antiperspirants block off the armpit sweat, leading to less odour and less sweaty stains.

But isn’t that dangerous?

Luckily, no! The most common concerns are:

Overheating – You have sweat pores all over your body for cooling off. Underarms are only a small fraction, your body will still be able to stay cool!

Blocking waste from exiting the body – This would be a problem if sweat was a major route for waste disposal. However, it’s not – waste will not build up in your body if you block off your armpits! The tiny amount that would’ve come out that way will just be redirected elsewhere.

Breast cancer: It’s incredibly implausible that there’s a link between deodorants and breast cancer. There’s a great post on Science-Based Medicine that examines the claims with in-depth looks at the studies in question – it’s a very interesting read.

What’s the difference between clinical strength and regular?

Clinical strength antiperspirants contain the highest concentration of active ingredients allowed (around 20%). They also contain instructions to apply them at bedtime, when sweat is minimal, to allow the aluminium to form plugs in sweat pores overnight and block sweat, instead of being washed away by sweat gushing out. The plugs will last through a morning shower!

In the Nivea range, the clinical strength antiperspirant actually uses aluminium zirocnium tetrachlorohydrex glycine instead of the aluminium chlorohydrate that’s used in the regular version. This is a newer generation form of aluminium that’s less irritating to the skin, which means less acne and stinging. 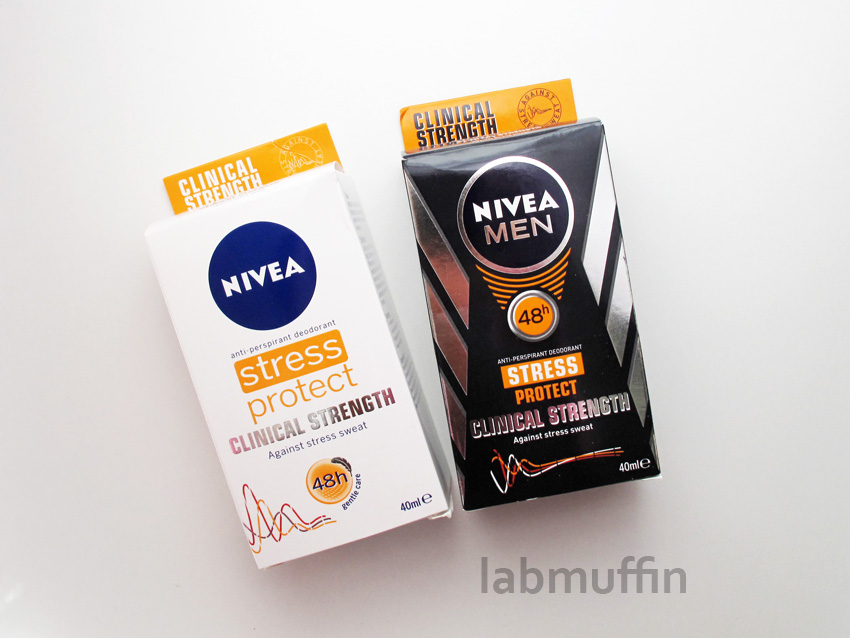 Nivea Stress Protect Clinical Strength Anti-Perspirant Deodorant retails for $14.75 for 40 mL and is on shelves now. 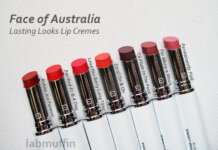 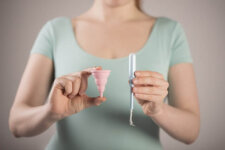 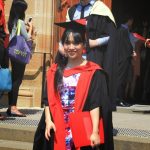 5 thoughts on “What is clinical strength antiperspirant deodorant?”