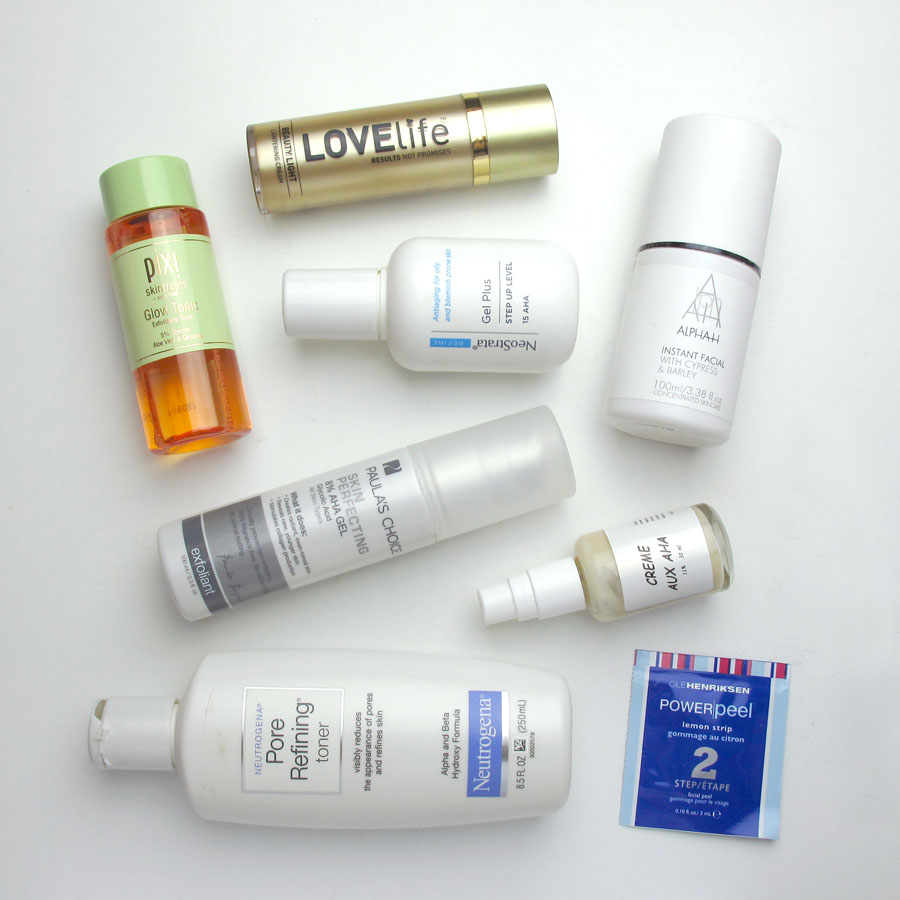 Here’s Part 2 of this skincare series on exfoliation. Part 1 was on physical exfoliating tools and scrubs, this time we’re tackling the more complex chemical exfoliants, before moving onto picking the right exfoliation routine for your skin in Part 3. For a simpler overview, you can head to this exfoliation basics post, and for a more user-friendly version check out my free exfoliation guide.

Your skin is covered in a thin protective layer of dead cells (the stratum corneum) which naturally shed over time in a process called desquamation. Sometimes this layer gets too thick, resulting in dull, rough skin. Exfoliants help the shedding along, resulting in more even, “glowier” skin.

Chemical exfoliants help cells shed in a more indirect way than physical exfoliation, which works using friction between the tool or scrub and the skin. The mechanism of how chemical exfoliants work aren’t always obvious, but the most common theories and methods of how they work are:

Chemical exfoliation is touted to be gentler than physical exfoliation, mostly because it’s less prone to user error. However, how well it works depends largely on the formulation of the product. A poorly formulated product might not work, or it might work so well that it irritates your skin and causes uneven pigmentation and chemical burns.

Click on each heading to jump to that section.

Hydroxy acids are the most common ingredients in chemical exfoliants. There are two main types:

A few ingredients are technically both alpha and beta hydroxy acids such as citric acid, which acts more like an AHA.

It’s not 100% clear how AHAs and BHAs work to exfoliate the skin – it’s likely to be a combination of the two actions described at the beginning: increasing cell turnover at the epidermis and unsticking stratum corneum cells. As well as just removing build-up of skin, they can also improve hyperpigmentation and reduce the appearance of wrinkles.

There are a few key differences between AHAs and BHA/salicylic acid: