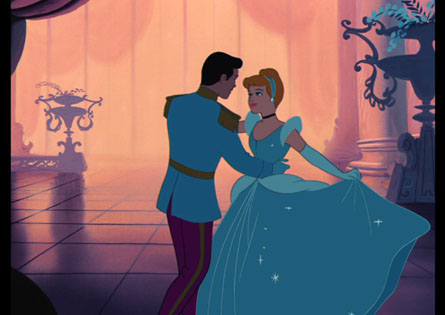 Cinderella (1950) is one of the classic Disney movies, and in my mind, the Disney version is the definitive version. As you might have come to expect after reading my whinging over the past few weeks, there are a few things that bug me, but these are the main two:

Fairy Godmother – In the other Disney movies, the princesses sat around and dreamt about their princes, who came and rescued them and happily ever blah blah. But in Cinderella, not only are we told that if we wait hard enough, we’ll get a prince who’ll make all our dreams come true, but a fairy godmother will also suddenly appear and help us get to the prince! While I don’t think there’s much wrong with the “believe in your dreams” message Disney plants into young, impressionable kids, I’m not so sold on the “sit on your ass and your dreams will come to you” theme. Good things come to those who do something about it. Random strokes of luck happen all the time, yes, but you shouldn’t be relying on whatever your version of a fairy godmother is (“happiness”, going on a reality weight-loss show) to appear on your doorstep. That’s not to say that there’s no merit to waiting for the right time to do something – it’s just really unlikely that you won’t have to kick things in motion, which is likely to involve substantial effort in that direction.

Also, where was she when Cinderella was being exploited? Did she think Cindy could do with some nasty chore work because chores make you a better woman?

Glass slipper – First off: GLASS HIGH HEEL. I cannot emphasise what a terrible idea this is. Secondly: Why is it still around when the pumpkin and everything else disappears? Most importantly: Does he not remember her face?? Did they meet each other for long enough to fall in love, but not long enough to have some vague idea of what they look like? People remember what their muggers look like, but apparently that’s not how it works for landed gentry.

The only way the whole fitting thing could work is if her feet were really abnormally small, like size 3 or something. In my research I read that there was a Chinese version of this, which would make sense with foot binding, but apparently a French guy added the whole foot fetish thing, so who knows.

Onto my mani! It’s probably my worst effort so far, sorry! Rainbow Honey The Worst Possible Thing over an unnamed TBN polish, with Skinfood Pearl Black and Alanna Renee Golden Snitch as an accent. 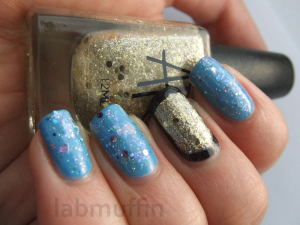 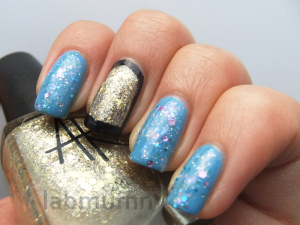 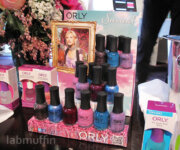 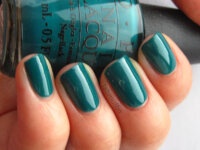 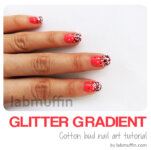