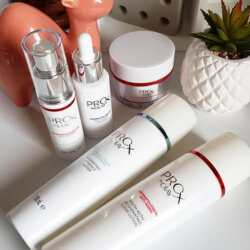 This post is sponsored by P&G. I visited P&G’s Singapore Innovation Centre in February, where I had the chance to look at their state-of-the-art laboratories and talk to some of their scientists about their latest product innovations. I loved having the chance to chat to their scientists about the nitty-gritty behind their formulations! Here are some of the new products … 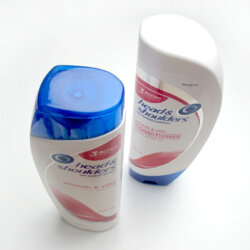 I’ve had a difficult scalp for most of my life. My first experience with Head & Shoulders was at the tender age of 11 when I had my first solid attack of dandruff. Back then, Head & Shoulders only came in a 2-in-1 shampoo-and-conditioner combo, and I was too naive to realise that 2-in-1 shampoo-and-conditioners were not designed for people with long hair. It got my dandruff under control, but my hair was a rough and tangled mess. Since then, I’ve only used my boyfriend’s Head & Shoulders shampoo sporadically when I forgot to bring my own hair products, and never even looked at their range when I went shampoo shopping.

Well, it turns out that they make separate shampoos and conditioners now – and they’ve come a long way since the 2-in-1 worst-of-both-worlds product! I’ve been trying out the Head & Shoulders Smooth & Silky 3 Action Formula Shampoo and Conditioner ($12.49 AUD for 400 mL) for the past week and a bit, and I’ve been very impressed. 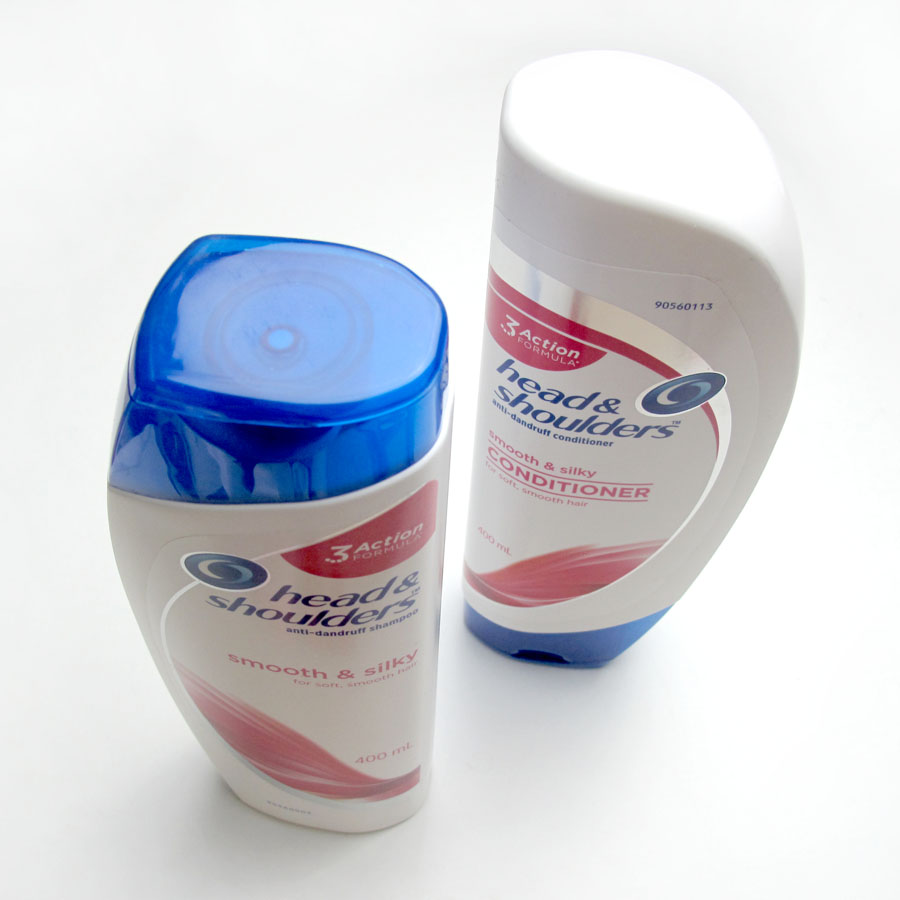 How Dandruff Happens and How to Fix It

First, a look at the anti-dandruff part. Dandruff is accumulated dead skin flakes on your scalp, and occurs in almost half the population. The causes of dandruff aren’t entirely clear, but it’s believed to involve an imbalance in the populations of Malassezia yeast and Propionibacterium and Staphylococcus bacteria on the scalp, and excessive sebum production.

Head & Shoulders uses zinc pyrithione as the anti-dandruff active ingredient in their products, and actually has been using it since 1961. It stops the growth of bacteria and yeast, and appears in both the shampoo and the conditioner.

The main cleaning agents are sodium lauryl sulfate (SLS) and sodium laureth sulfate (SLES). Sulfates are the harshest surfactants for hair (apart from maybe straight-up soap), and although there’s less of the harsher SLS, I’d still recommend that people with dry, brittle or coloured hair only use this a couple of times a week.