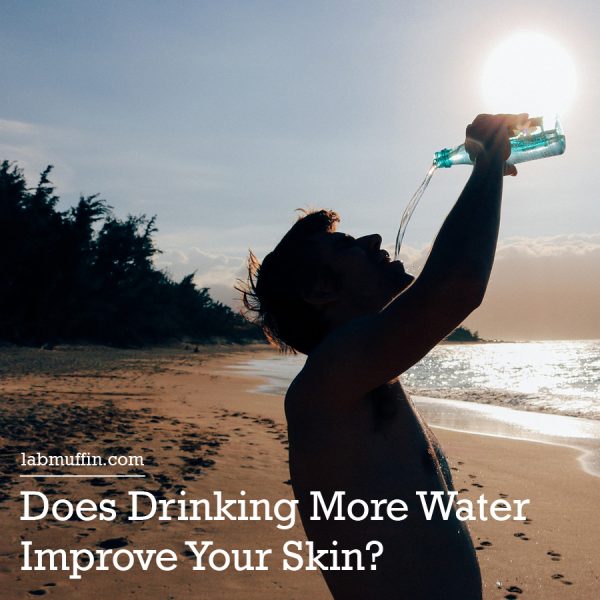 “Drink more water to clear up your skin” is popular common sense advice, but is there any science to back it up? Surprisingly, there wasn’t evidence that drinking more water could improve your skin until very recently! Let’s have a look at what the science says… 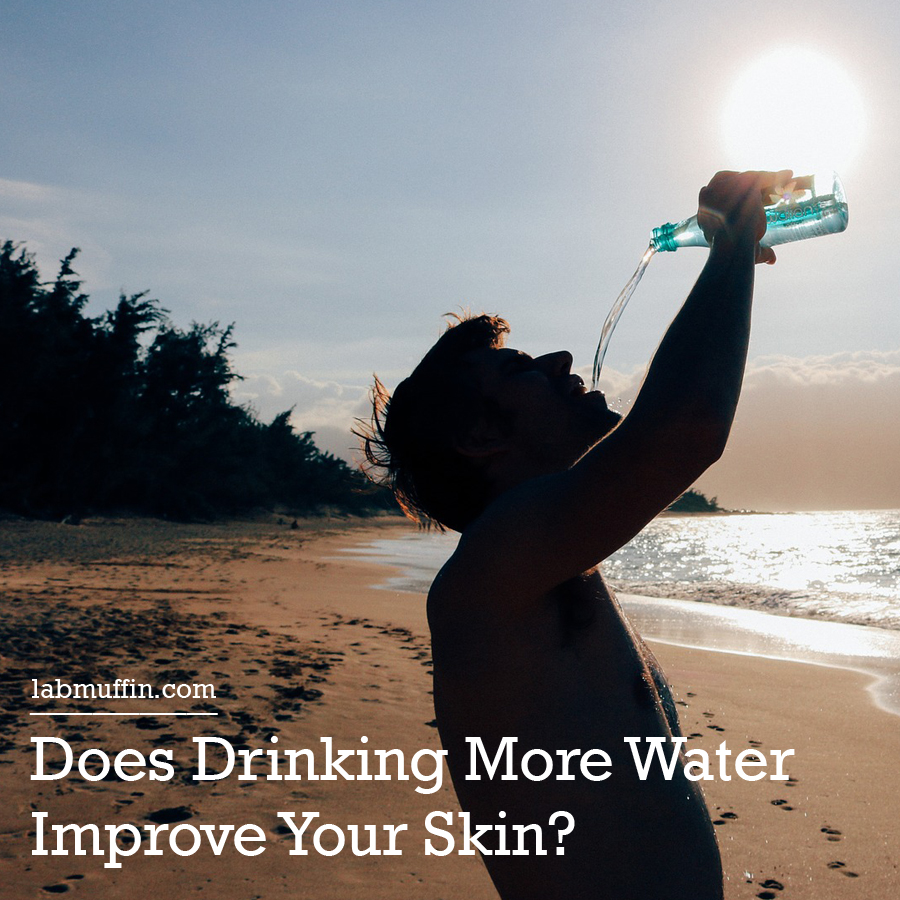 First off, some mythbusting. You’ve probably heard the recommendation that you need to drink 2 litres (or 8 glasses) of water a day – it turns out that it’s not actually backed up by any science! On average, you lose about 2.5 L of water a day, but you also consume about 1 L of water in food and produce 300 mL of water through metabolism, so you actually only need to drink about 1.2 L of water to replace what you’ve got. Most health authorities recommend drinking when you’re thirsty (“when you’re thirsty it’s already too late” is another myth!), unless you’re in a very hot climate or you’re exercising very hard.

I could only find 4 peer-reviewed studies on the effect of drinking more water on the skin, and unfortunately none of them have a control group (a group of people who didn’t drink extra water during that time). This is really annoying, because you can’t tell if any skin changes are due to something else entirely, like if it rained a lot during the study period and the humid weather caused skin hydration. For these reasons, none of these study results should be taken as definitive.

What can we tell from these studies?

There isn’t any solid evidence of what extra water can do, but we can pick out some general trends from these studies:

If you don’t drink much water normally, upping your water intake could be worth trying for smoother skin. It’s cheap, and adequate hydration has other benefits too like improving energy levels, brain function and helping with weight loss. However, at the moment, the evidence that drinking more water works for improving everyone’s skin (or even the majority of people’s skin!) is far from clear-cut.

Do you think drinking more water makes a difference on your skin? Or is 2 L more a day just too much effort? 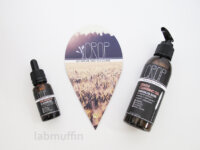 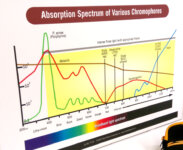 16 thoughts on “Does Drinking More Water Improve Your Skin?”