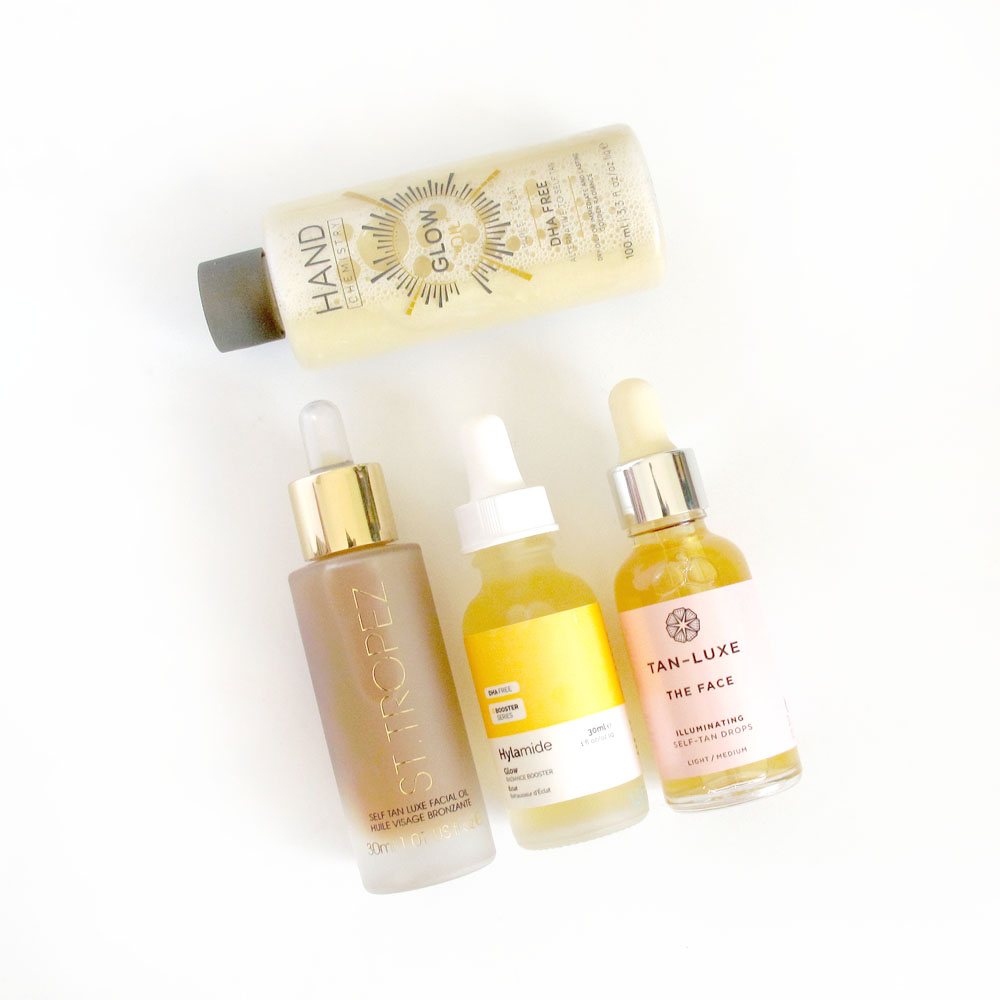 My face is naturally darker than my body despite me using a ton of sunscreen, so I’ve been fake tanning in an effort to stop me from looking like a mime artist. But now I’ve gone too far and my body is usually a shade darker. While I could just use fake tan on my face, it feels wrong to use a body product there, like I’m just asking for a breakout, plus fake tan works best right on the skin and gradual tans are usually quite thick in texture. So I’ve been testing out some lighter products purposely designed for the face instead: Tan-Luxe The Face Raspberry & Rose Self-Tan Drops, Hylamide Glow Balance Booster and St Tropez Luxe Facial Tanning Oil. For comparison, I’ve also included Hand Chemistry which I’ve reviewed before, since I mostly used it on my face.

Tan-Luxe The Face Raspberry & Rose Self-Tan Drops (available from TVSN if you’re from Australia) is a product that’s designed to mix in with your regular cream or serum. You can add as many drops to adjust to the shade you want.

It’s $74.95 for a 30 mL bottle on TVSN which is on the pricey side, but you also end up using less product since you’ll only be using a few (2-3) drops each time. I only ever use 2 drops max, since I don’t want to wake up like an oompa loompa (yes, it will turn you orange if you don’t proceed with caution!). It’s mixed well with all the water-based serums and moisturisers I’ve used so far, but I expect that it doesn’t work that well with oilier products.

I found that it was quite easy to stuff up while applying this and end up streaky. Make sure you mix the tan drops evenly into your cream on your hand, and make sure you also apply it very evenly.

Scent-wise, it stands up to the claim that it doesn’t smell too strongly like DHA, but it’s still detectable. The product alone has a strong raspberry scent that I found a little offputting, but once diluted into a cream it was quite nice. It contains a few nourishing ingredients – glycerin, raspberry seed oil, rose geranium oil, vitamin E and aloe vera – but the fact you only use a few drops means they aren’t as effective. Just make sure you use a good moisturiser with it. 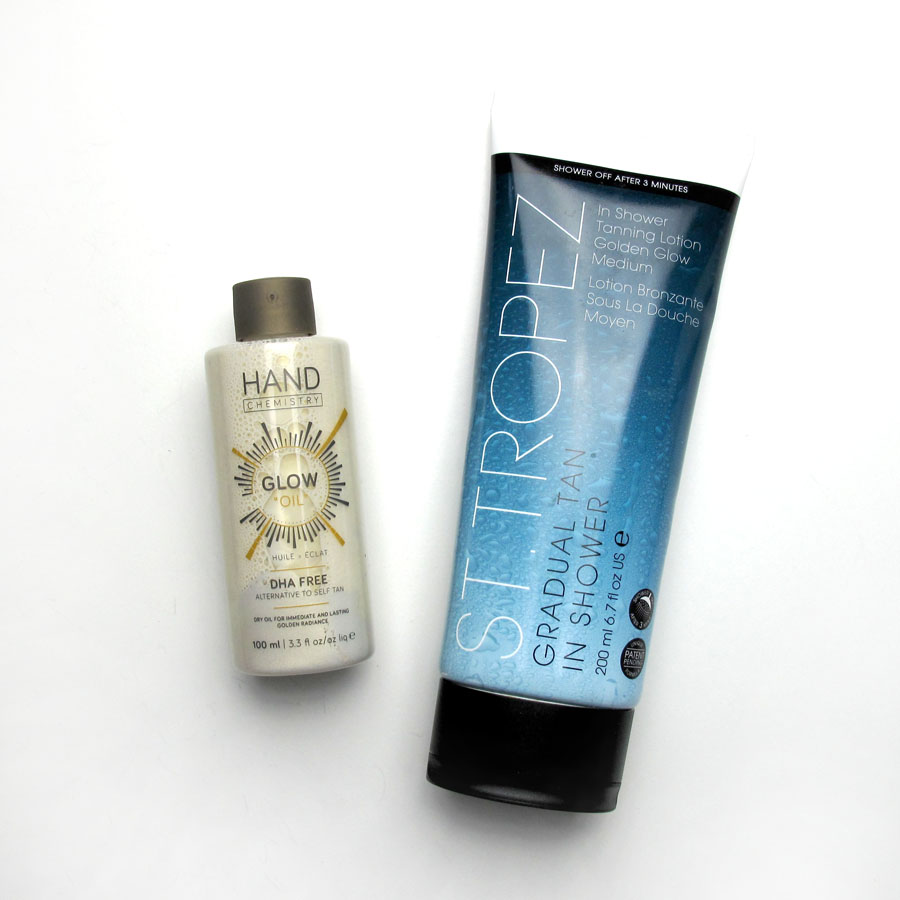 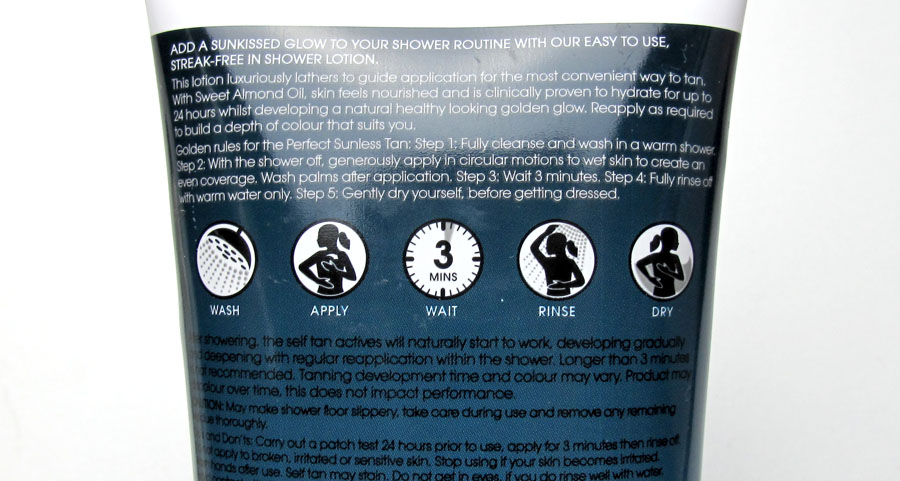