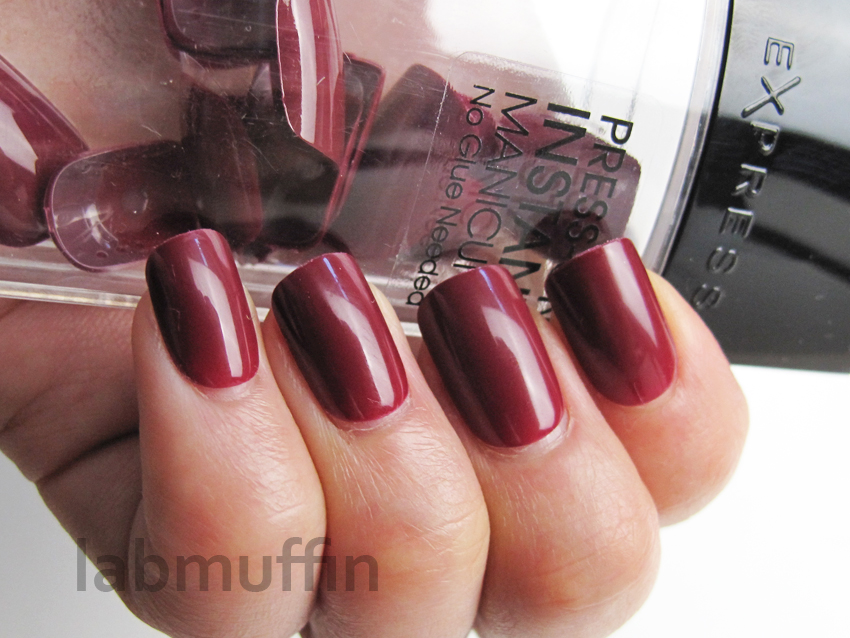 Since I have pretty nice, sturdy nails (thanks genetics!) I haven’t really had the urge to try press-on nails, but one night I left the polishing too late and had a pack of Elegant Touch Express Nails handy, so I thought why not?

These nails come with glue pre-applied. Once you’ve picked out your nails (easily the most time-consuming part of the whole process), it takes maybe 5 minutes to apply them all.

1. Wipe down your nails with the alcohol prep wipe

2. Peel off the plastic backing

3. Press onto your nail, leaving a small gap between the false nail and the skin at the cuticle area.

4. File down any jagged bits with the included nail file and admire!

* Super fast…once you sort out which nails you’re going to use, that is. I’d prefer if the nails were organised so you could work out which ones matched quickly, because a lot of them look very similar.

* Really natural looking! Several people asked me about whether I got my nails done and were surprised when I told them they were press-ons.

* If you’re bad at nail art, they have some sets with nail art on them…or you can paint a plain set while they’re off your nail, then stick them on! 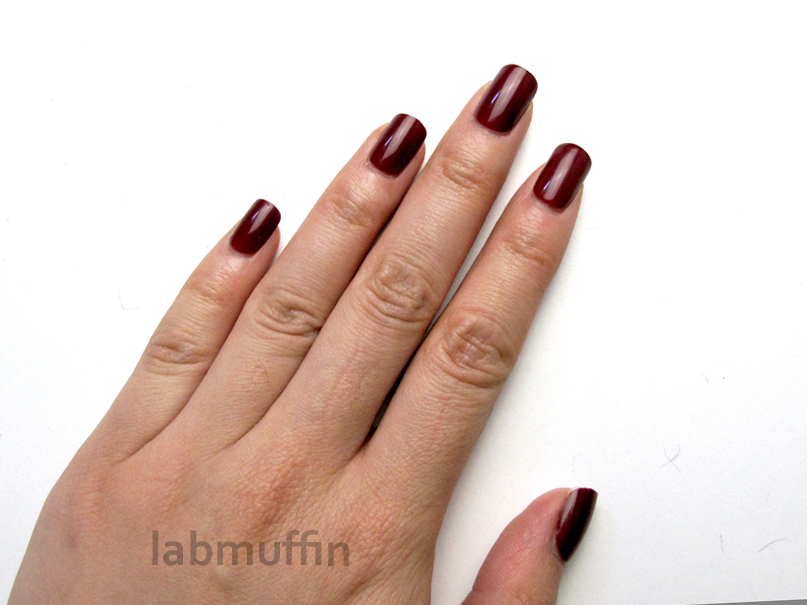