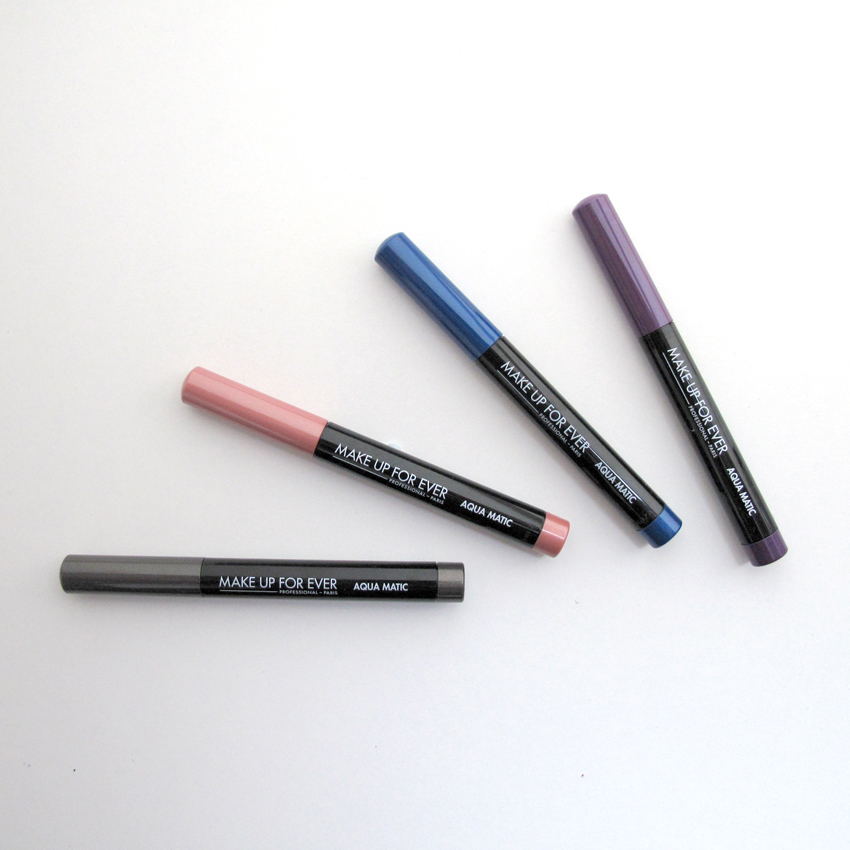 XOVain said these Make Up For Ever Aqua Matic Waterproof Glide-On Eye Shadow would change my life, and while they’re not exactly life-changing, I can see where they’re coming from!

I’m a big fan of cream eyeshadows for a quick and simple everyday eye look, but they can get messy, and some of them crease if you don’t have a primer underneath. Aqua Matic pencils though – they’re super convenient and don’t budge until you actually want to take them off. The pencils are also narrow enough that you can easily get into tricky areas like around the inner eye, but wide enough that it’s easy to colour in your entire lid. There’s also a nifty sharpener in the end so you can keep the tip fresh!

I tried Diamond Golden Grey, Satiny Flesh-colored Pink, Iridescent Pop Purple and Iridescent Electric Blue. The pigmentation is fantastic! They also blend out nicely before they set – I’ve found it easiest to use my fingers. 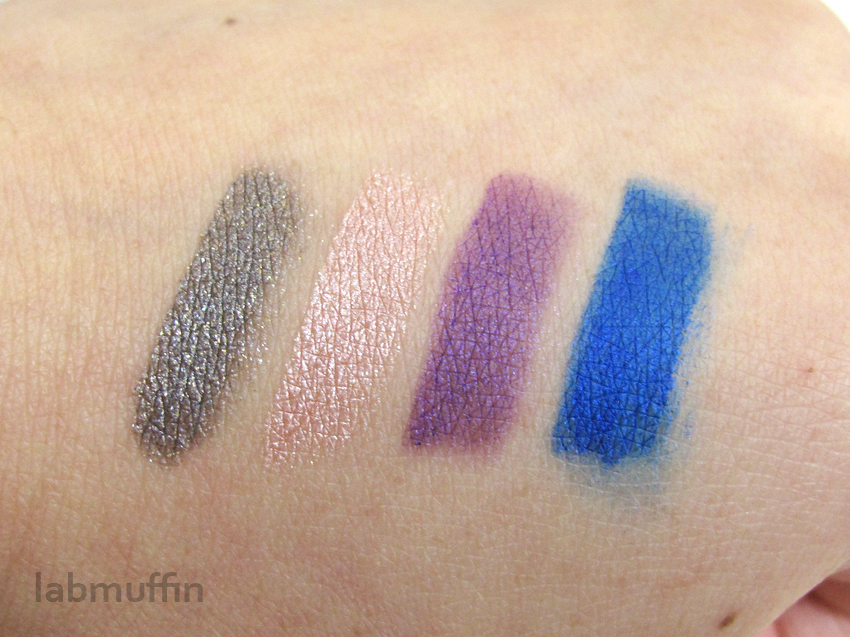