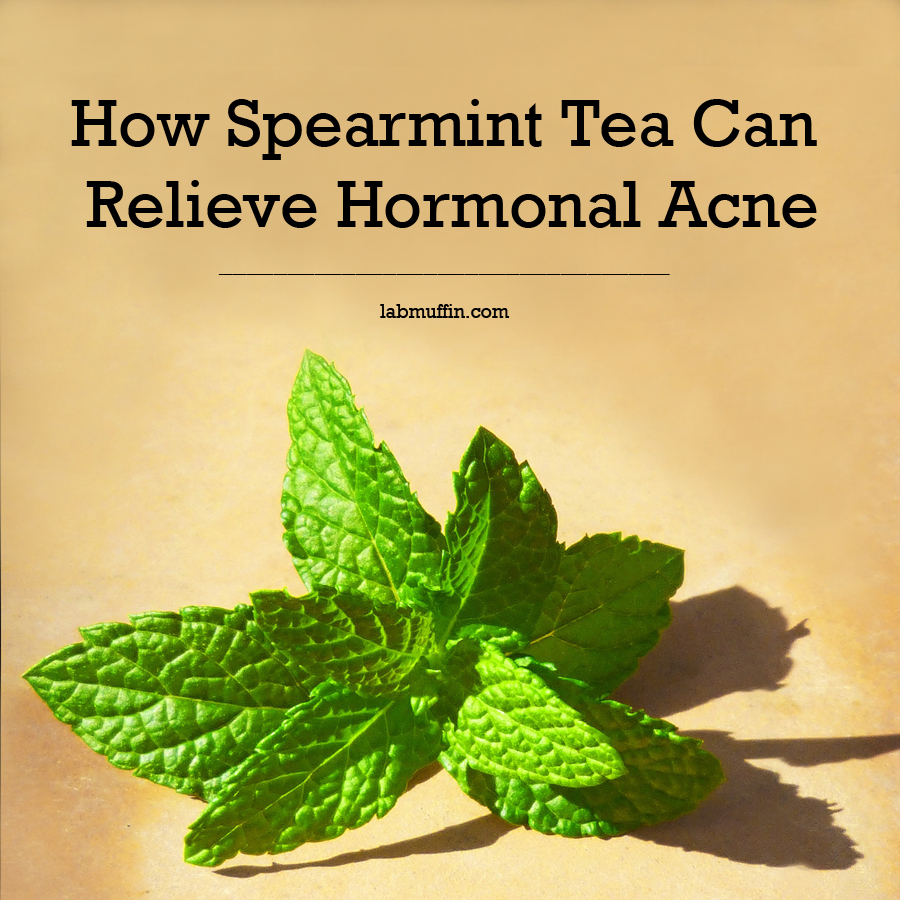 Hormonal acne is one of the most annoying types of acne. Firstly, hormonal acne tends to be deep and large, and stews under your skin for days before coming to a head (if it even comes to a head at all). The usual topical acne treatments like benzoyl peroxide, tretinoin and tea tree oil don’t act on hormonal breakouts very effectively, and squeezing them can cause scarring. Let’s take a look at how spearmint tea can help!

Surprise – hormonal acne is caused by hormones! Specifically, a type of hormone in your body called androgens. These are known as male sex hormones, even though they’re present in both sexes, but they’re present in higher amounts in males and cause things like body hair, muscle growth, voice deepening, sperm development and male pattern baldness. The most well-known androgen is testosterone.

Androgens also cause increased sebum production. Sebum is produced by sebaceous glands are located in hair follicles, and more sebum leads to a higher chance of blockages, which lead to breakouts. Since androgen levels cycle with the menstrual cycle, many women find that they’ll experience hormonal acne at the same stage of their cycle (usually around menstruation, or as I like to call it, “blood flood”).

What can spearmint do for acne?

Spearmint has an antiandrogenic effect – that is, it has the ability to reduce testosterone levels, and hence reduce sebum production and the development of hormonal acne. In two clinical trials, women with hirsutism (male-pattern hair growth) drank spearmint tea twice a day for either 5 days (2007 study) or 30 days (2009 study). The hormone levels in their blood was then measured. In both trials, testosterone levels decreased by about one-third on average, although hair growth wasn’t affected (this was probably because the study time was too short). Unfortunately, there aren’t any published studies on how spearmint decreases androgens yet. 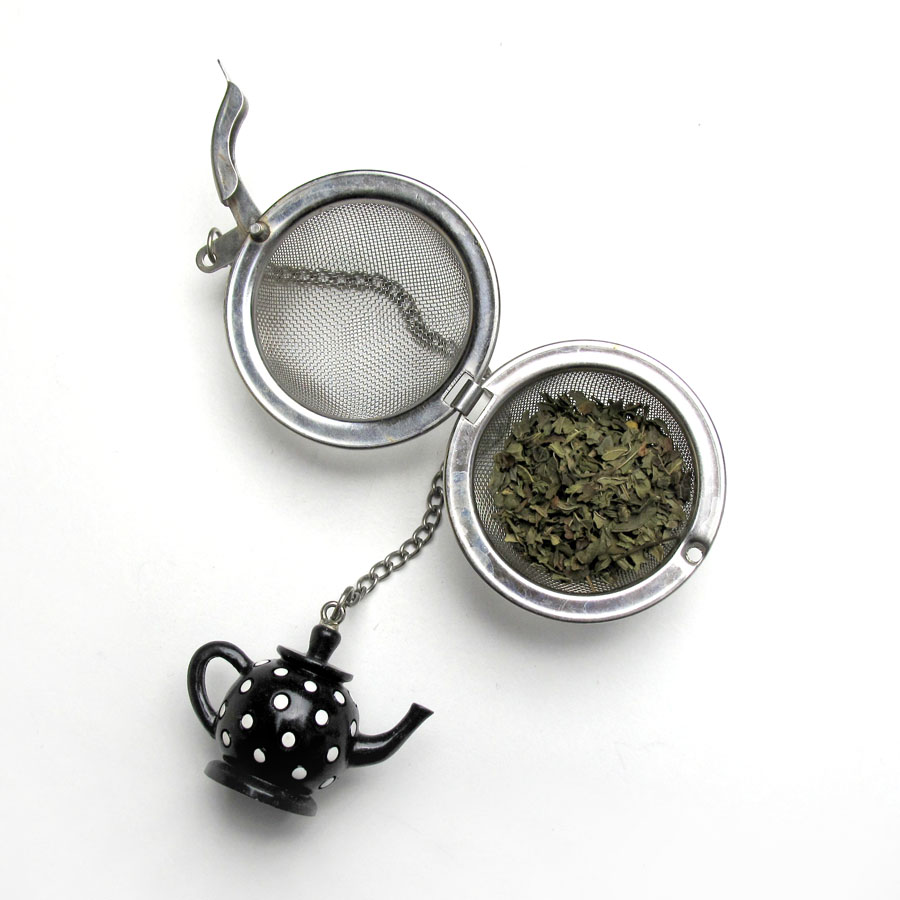 What are the side effects of spearmint tea?

Even if you don’t have hirsutism, and despite the lack of studies specifically on acne and spearmint tea, it may still be worth giving spearmint tea a try before you move onto stronger hormonal acne treatments. Spearmint tea is inexpensive and has relatively few potential side effects, compared to the main prescription treatments for hormonal acne (combined oral contraceptives and spironolactone). However, there are a few things to note:

This probably won’t work well if you’re male. Sorry! Spearmint has been associated with reduced male libido and might damage testicular tissue and reduce sperm, which makes sense since male sex hormone are much more important in males. Chances are, the amount of spearmint required to improve acne will also be the amount which will start having negative effects.

Spearmint can interfere with iron absorption, large amounts can cause kidney and liver damage, and it can make heartburn worse. If you have any of these issues, it’s worth talking to your doctor before you start drinking lots of spearmint tea (also if you’re pregnant!).

Apart from these caveats, neither clinical trial had any reports of negative side effects for spearmint tea, which is quite unusual for a clinical trial. 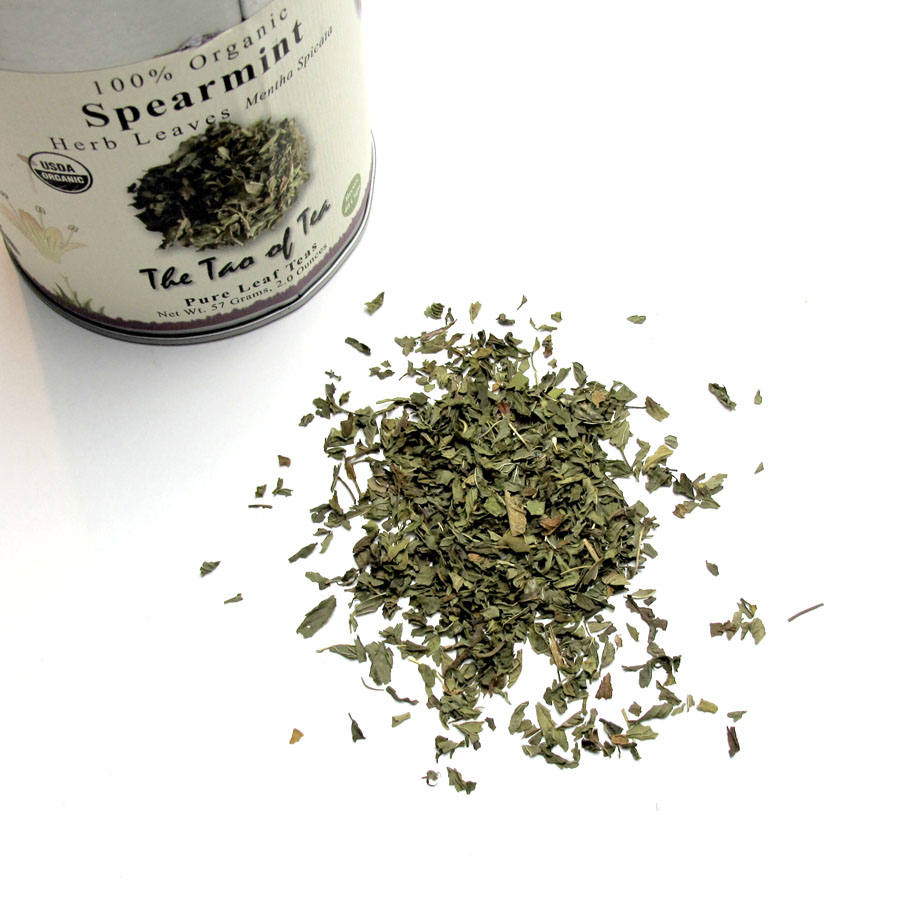 How much spearmint tea should I drink?

Unfortunately the 2009 clinical trial doesn’t go into any detail about dosage beyond “twice a day”, but the 2007 trial used 5 g (1 heaped US teaspoon) of dried spearmint tea steeped in 250 mL of boiling water for 5-10 min, twice a day.

My sister and I have both been drinking The Tao of Tea Spearmint Tea, which is pure looseleaf spearmint tea. Annoyingly, a lot of “spearmint tea” is actually a blend including spearmint, so double check the ingredients list before buying! I use a tea strainer for spearmint because the leaves are chopped and float around annoyingly if you don’t contain them somehow. If you’re lucky enough to have a spearmint plant at home, the fresh version will probably work just as well!

This post contains an affiliate link – if you decide to click through and support Lab Muffin financially (at no extra cost to you), thank you! For more information, see Disclosure Policy.